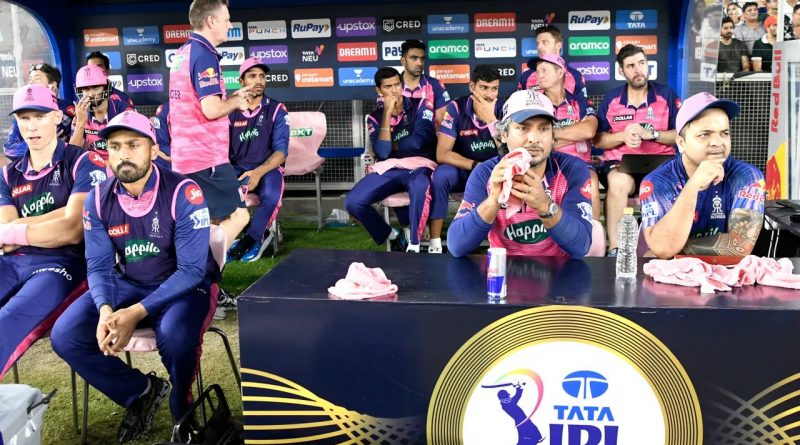 
Rajasthan Royals (RR) head coach and director of cricket operations Kumar Sangakkara was all praises for his team after they lost the IPL 2022 final to Gujarat Titans (GT) on May 29, 2022, at the Narendra Modi Stadium in Ahmedabad.

Sangakkara was dejected at the outcome of the match but was lauding the effort of the entire franchise which had made the finals for the first time since the 2008 IPL tournament.

RR had batted first after Sanju Samson won the toss, but failed to get any momentum to their innings as struggled their way to 130/9 in 20 overs. Yashasvi Jaiswal made 22 and Jos Buttler made 39, which was the top score for the pink franchise.

“I Think We Went Through A Few Ups And Downs But We Have A Lot Of Skill”: Kumar Sangakkara Of RR

Gujarat Titans in their reply were mature and well planned as Shubman Gill remained unbeaten on 45, while Hardik Pandya made 34 and David Miller crushed a quick 32* in 19 balls, Shubman Gill brought victory to the IPL debutants with a six and made them IPL 2022 champions and only the second team to win the tournament in their maiden season.

After the match, Kumar Sangakkara was asked about the performance of the team and he said:

“I think we went through a few ups and downs but we have a lot of skill. We had huge contribution from Jos, Ashwin, Yuzi. We had Prasidh, Boulty, Obed McCoy coming in. I think it has been a great journey and great to be part of this franchise. It’s never about recreating what happened before but about looking forward. The change is inevitable. Who you are makes a lot of difference, so I will ask players to work on their whole self.”

RR had a few things to be cheery about as Jos Buttler won the Orange Cap for most runs and Yuzvendra Chahal won the Purple Cap for most wickets. Buttler was also named the Most Valuable Player of the tournament.

Also Read: IPL 2022 Final, GT Vs RR: “After Winning The Under-19 World Cup, Winning The IPL Is Just As Big”- Shubman Gill