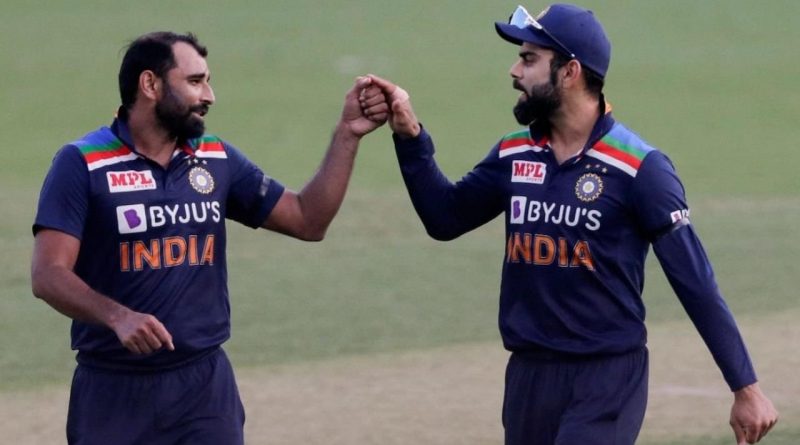 IPL 2022: Mohammad Shami has been one of India’s best fast bowlers for the last 4-5 years. He along with the likes of Jasprit Bumrah, Ishant Sharma, Umesh Yadav, and others formed a formidable Test bowling lineup for the Indian team. Most of India’s overseas success was a result of Indian pacers doing extremely well.

Mohammad Shami is frequently regarded as one of the top seam bowlers in the current era. Regardless of the format, he gets movement, and watching him play with the new ball is almost like witnessing poetry in motion, thanks to the seam and wrist position mixed with an upright action.

Shami maybe India’s leading pacer in the next T20 World Cup, but he is overjoyed to see the fast bowling cabinet bursting at the seams. In the ongoing IPL season, a group of young quicks had created waves. Mohsin Khan of the Lucknow Super Giants is the most recent addition to the crop, with ten wickets in six matches.

Mohsin Khan Needs To Have A Plan In Place: Mohammad Shami

During the lockdown in 2020, Mohsin had the unique opportunity to train with Shami at his Amroha residence. During the sessions, he picked up a lot of information, but Shami believes the 23-year-old still needs to work on his game plan, which will serve as a solid basis moving ahead.

“It feels good to see that the future of Indian cricket is in safe hands. It’s important for these youngsters to focus on their training and move forward in their career,” Shami said in response to a Hindustan Times.

On Mohsin Khan he said, “Talking about Mohsin, he used to practice with me. He is young and strong but needs to focus on his game plan. You’ve to prepare a routine both physically and mentally.

“If you build your set-up at a young age, it will reap benefits for many years. When we used to play, very few people used to know about cricket that’s played at a higher level. But today’s generation has a lot of options.”

Gujarat Titans is the only team who has been confirmed for a playoff spot and that has largely been due to the efforts of Shami who has given his team crucial breakthroughs in the powerplay.