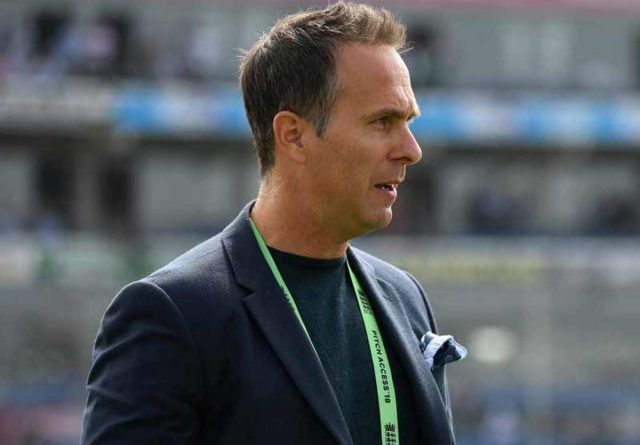 
Former England skipper Michael Vaughan has had his say on the future of Sunrisers Hyderabad in IPL 2022. They have won just one game so far in the season and are struggling going ahead in the season. They did not have a good auction as per cricket experts as well.

” I don’t see a real quality spinner. When the wicket starts to wear, that is where they are going to struggle. They are going to miss Rashid Khan, that is a huge hole to fill. I don’t see them being anywhere near this year. Hope they prove me wrong but I don’t think they have got enough compared to the other sides” said Vaughan.

He further said that there is a lot of pressure on the SRH batting unit. He said that Kane Williamson has a lot of work to do batting at the top of the order and also needs his bowlers to deliver.

The Captain Has To Find A Way Of Working Combinations: Michael Vaughan

“That batting unit has to be so consistent and then somehow the captain has to find a way of working combinations with that bowling department. Washington Sundar can be potent in the initial six overs. But I don’t think they have got enough quality spin to be a threat in this year’s IPL,” said Vaughan.

Sunrisers Hyderabad are currently playing Gujarat Titans in their fourth match of the season. In their previous game, they beat an ailing CSK side after losing two back to back games.