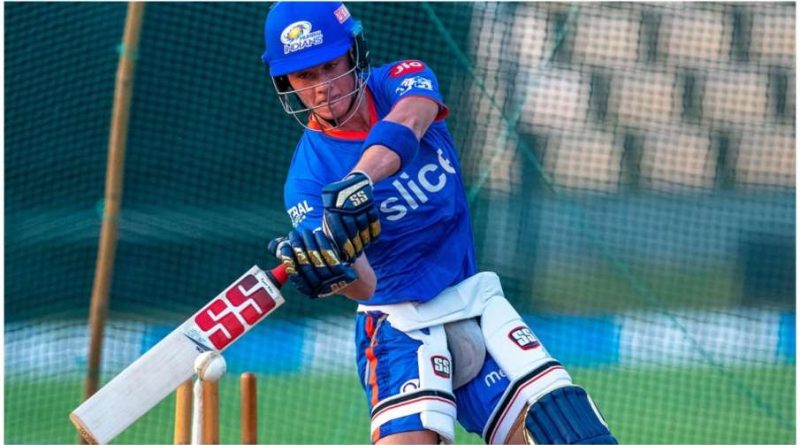 
Dewald Brevis of South Africa was selected by the Mumbai Indians in the Indian Premier League (IPL) mega auction after a fantastic performance in the 2022 Under-19 World Cup. With multiple quickfire knocks, Brevis displayed why he is so highly regarded in the IPL.

“The IPL was such a great experience. We all know it is the biggest T20 league in the world. The MI team atmosphere was amazing on and off the field.

There was always lots of fun, laughter and bonding between everyone in the MI family. It is such a great honour for me to be part of MI,” Brevis told NDTV.

“At first I was overwhelmed meeting the likes of Virat Kohli and MS Dhoni. I learnt a lot by just listening and speaking to them,” he said.

After the 2022 Indian Premier League (IPL) match between Royal Challengers Bangalore and Mumbai Indians in Pune, 19-year-old Dewald Brevis had his fanboy moment when he met former India captain Virat Kohli. Brevis, dubbed ‘Baby AB,’ dismissed Kohli with his first ball in the IPL. Kohli went on to congratulate the youngster.

MI Made Me Feel Part Of The Family

It was a disastrous campaign for MI, as they finished last in the points standings. Brevis went in and out of the team on a regular basis.

He did say, however, that the crew was always focused on following the same procedures and that the atmosphere made him feel welcome and at ease.

“We as a team stuck together and kept following the same processes by training and preparing the same way through the whole tournament. MI made me feel part of the family. I felt so welcome and comfortable in this team. I could be myself in front of everyone,” he said.