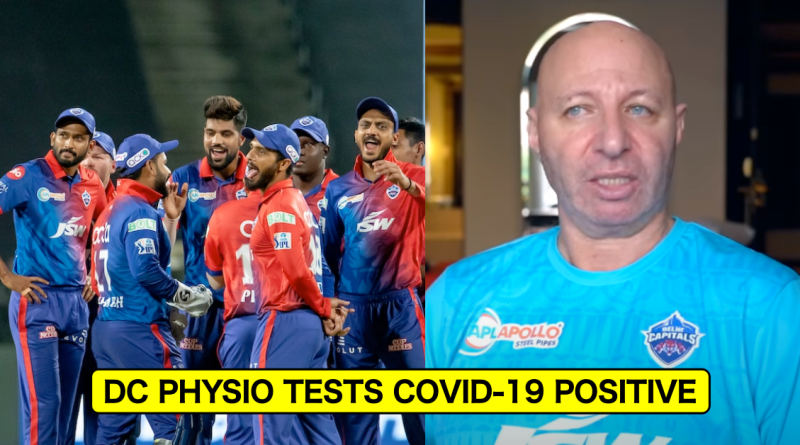 He is currently being monitored by the Delhi Capitals medical team.

Patrick Farhart was the Indian Mens cricket team Physio for 4 years. His tenure with the Indian team ended in 2019 after India’s exit from the World Cup in the Semi-Final.

After his tenure ended, Patrick tweeted: “Whilst my last day with the team did not turn out as I wanted it to, I would like to thank @BCCI for the opportunity to work with the team for the last 4 years. My best wishes to all of the players and support staff for the future.”

He joined Delhi Capitals in 2019 itself. During his appointment, he had said, “I am delighted to be working in the Indian Premier League again.”

Delhi Capitals is a team that has made some very positive changes in its setup over the last couple of years, and the result is there to see in the side’s third-place finish in the 2019 season. It is certainly a team that is on its way up, and I am excited to be working with the players and support staff members in the upcoming seasons of the tournament.” He was appointed for a period of three years by the franchise. He is from Australia and is not the only Australian in the DC’s support staff.

Ricky Ponting is the head coach of the team and Shane Watson joined DC as the assistant coach prior to the start of IPL 2022.

“There is no doubt that he is among the best in the business. Patrick not only has an enviable body of work, but he also commands a tremendous amount of respect among cricketers. I am absolutely confident that our players will benefit hugely from Patrick’s presence”, Delhi Capitals CEO Dhiraj Malhotra said during his appointment.

Patrick has been involved with Mumbai Indians and Punjab Kings’ in the past in the Indian Premier League.