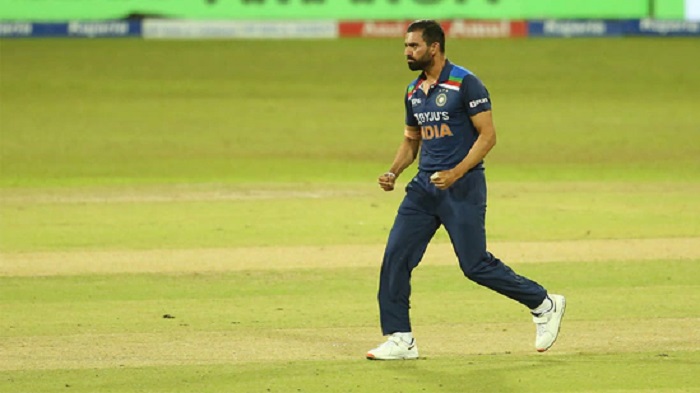 
Deepak Chahar, who was rehabilitating from a quadriceps tear at the National Cricket Academy (NCA) in Bengaluru, sustained another injury while bowling in the nets.

The pacer had previously been ruled out of the IPL 2022, but the latest news confirms that Chahar would most likely miss the T20 World Cup, which is set to take place in October this year.

Chahar has purchased for Rs 14 crore by CSK in the IPL mega auction in February, but the bowler tore his quadriceps while on national duty. However, the 29-year-old made a speedy recovery at NCA, giving the four-time winners hope that their prized treasure will be returned sooner than planned.

Chahar has been one of the franchise’s best performers, with a reputation for getting wickets in the Powerplay overs, an area where CSK has been woefully lacking this season.

CSK has struggled in the absence of Deepak Chahar:

CSK had struggled to get up early wickets without Chahar, and the opponents took advantage of their lack of depth in the bowling department.

The Agra-born medium-pacer joined the Rajasthan Royals squad in 2012 and played for them for two seasons before being purchased by the Chennai Super Kings in 2018.

He was then rewarded with an India call-up in limited-overs cricket after the 2018 season.

Also Read: MI vs PBKS: At One Stage We Were Cruising, But Credit To PBKS For The Way They Bowled At The Back End – Rohit Sharma