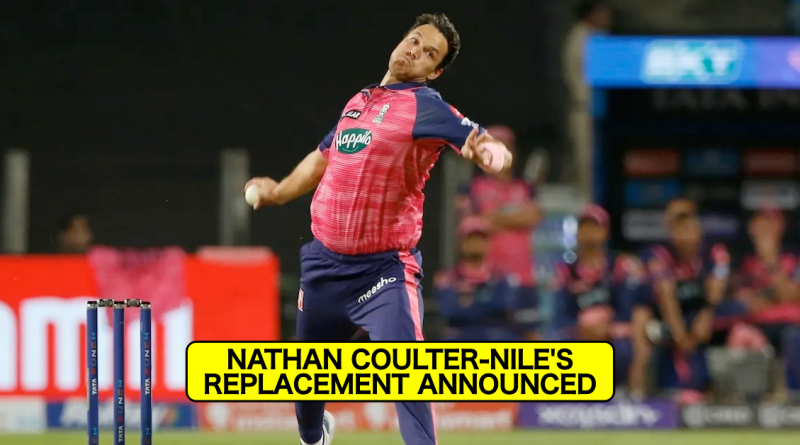 Nathan Coulter-Nile played just 1 game in IPL 2022 before being ruled out for the remainder of the season.

It was a huge setback for RR who had acquired the services of the bowling all-rounder in the mega auctions for 2 Crores.

Nathan Coulter Nile has been injury prone. He was ruled out of the tournament just after the first game of the season which was played against Sunrisers Hyderabad.

In the first game, Coulter Nile couldn’t complete his full quota of overs. After that, he was rested for a couple of games, before the franchise announced it through their social media handle that Coulter Nile would be heading home.

Coulter Nile was part of Mumbai Indians in the last season. In all, he has played 39 matches in IPL and has picked up 48 wickets.

After his injury RR was playing majorly with just 3 overseas players in the XI. Now finally on Saturday, at the fag end of the tournament with just two games remaining they have announced Corbin Bosch as the replacement for Nathan Coulter Nile.

Bosch was part of the net bowlers for RR. Bosch is a 27-year all-rounder from South Africa who has played 30 T20 games. He has scored 151 runs in the format and has picked up 18 wickets. Bosch has been particularly impressive in List A games as he has an average of 41 and a strike rate of 106 in the format. He has been picked up by 20 Lacs by RR.

Rajasthan Royals are close to a playoff spot. They are 3rd on the points table with 14 points from 12 games. They would be up against Lucknow Super Giants on Sunday as they look to win that game and book a spot in the playoffs.