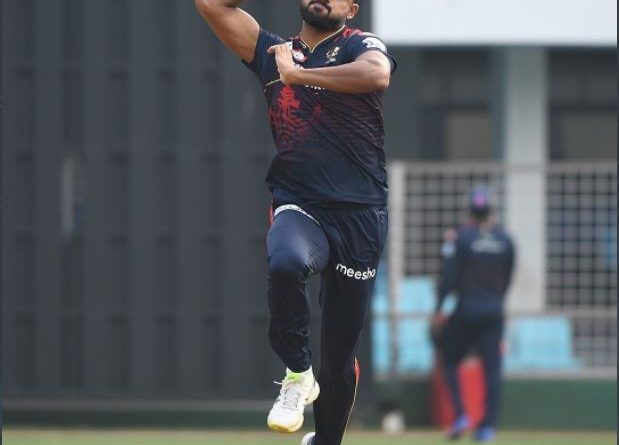 The Bengal player made his IPL debut for RCB this season and has played five games and picked as many wickets with his economy rate above 10. In the match against Chennai Super Kings (CSK) on Tuesday, Akash leaked 58 runs from overs as the Ravindra Jadeja-led side posted 216/4 in the first innings.

Akash Deep is going to improve as the tournament goes on: Brad Hogg

Hogg, who played for Kolkata Knight Riders and Rajasthan Royals in the IPL, feels the 25-year-old player will improve as he plays more matches in the tournament.

“Akash Deep, with his extra height and bounce, is going to improve as the tournament goes on. He will be the trump card at the backend with that improvement. That economy rate of his will come down. I like the way he swings the ball away from the left-handers too. He will be the final tick in the box for RCB,” Hogg said on his YouTube channel.

While analysing the entire bowling department of RCB, Hogg reckoned that England pacer David Willey can provide more variety than Australian pacer Josh Hazlewood, who made his first appearance for the franchise against his former team.

“They have Hazlewood, but I think Willey adds better variety to their depth. Hazlewood is a better bowler but they have got enough right-handed bowlers in there, as it is. Left-arm over the wicket with the new ball, Willey swinging it both ways is creating a lot of chances. Also, with his power-hitting, he is a perfect fit,” Hogg said.

“You’ve got Hasaranga there with his leg spin. He is able to bowl in the powerplay and in the middle overs. He’s been dynamic. We haven’t seen him do much with the bat yet. He can wield the willow. Harshal Patel with his slower balls has been very good,” he added.

RCB will play their next game against Delhi Capitals on April 16 at the Wankhede Stadium in Mumbai.