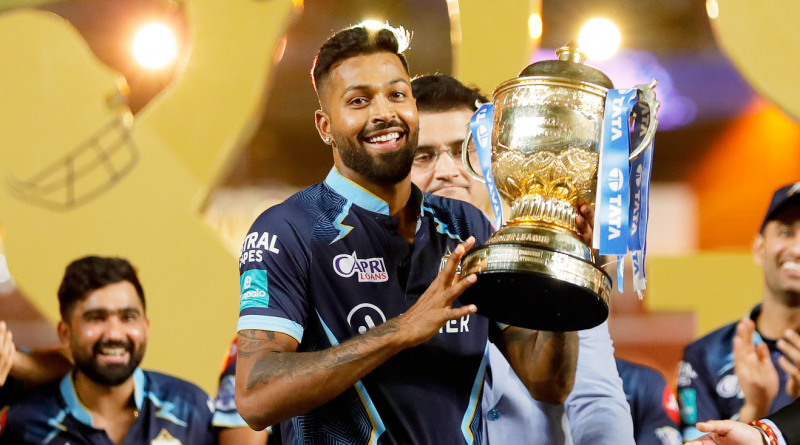 
Former India National Cricket Team opener Aakash Chopra has named his best playing XI of the Indian Premier League (IPL) 2022 in which Hardik Pandya has been named as skipper.

However, Chopra didn’t pick Royal Challengers Bangalore (RCB) wicketkeeper-batsman Dinesh Karthik and Sunrisers Hyderabad (SRH) express pacer Umran Malik in his team of the tournament. Notably, both Karthik and Umran performed brilliantly in the tournament, as a result, both the players were included in India’s T20I squad for the home series against South Africa.

In a video shared on his YouTube channel, Aakash Chopra named Rajasthan Royals batter Jos Buttler and Lucknow Super Giants skipper KL Rahul as his openers and Sunrisers Hyderabad batter Rahul Tripathi was his No.3 batter in the team.

Also, the cricketer-turned-pundit named Gujarat Titans skipper Hardik as his captain as well as Player of the Tournament. He elaborated:

“Along with him, I have kept KL Rahul. I thought about Quinton de Kock and Shubman Gill but KL Rahul – more than 600 runs two centuries. Once again eat, sleep and score 600 runs in the IPL. Form is temporary, KL Rahul is permanent.

“I had done a poll for No. 3 – Deepak Hooda or Rahul Tripathi. I have picked Rahul Tripathi, about 80% have also voted for Rahul Tripathi. After that, my Player of the Tournament, his name is Hardik Pandya – he is a captain, bowler and batter. He is the captain of this team as well.”

In my four bowlers, there is one spinner, his name is Yuzi Chahal – Aakash Chopra

“At No. 5, I have got Liam Livingstone. He is a six-hitting machine and has done amazingly well this year. At No. 6, some thinking was required on who could be kept – DK (Dinesh Karthik) could have been there but I have actually gone with David Miller because he has had a season that is one to remember.”

“In my four bowlers, there is one spinner, his name is Yuzi Chahal. He is the Purple Cap holder. Rashid Khan and Wanindu Hasaranga could have also been there here but my four overseas slots are over.

“Avesh Khan is in my side. I was thinking about Mohsin Khan, Umran Malik and Prasidh Krishna but I am still going with Avesh Khan – fewer bad days. After that, I have gone with Mohammed Shami, he was unbelievable. Last but not the least, at No. 11 is Arshdeep Singh. In my opinion, he has been the standout bowler once again.”

Also Read: IPL 2022: Riyan Parag Pens A Note On Social Media After Loss In The Final