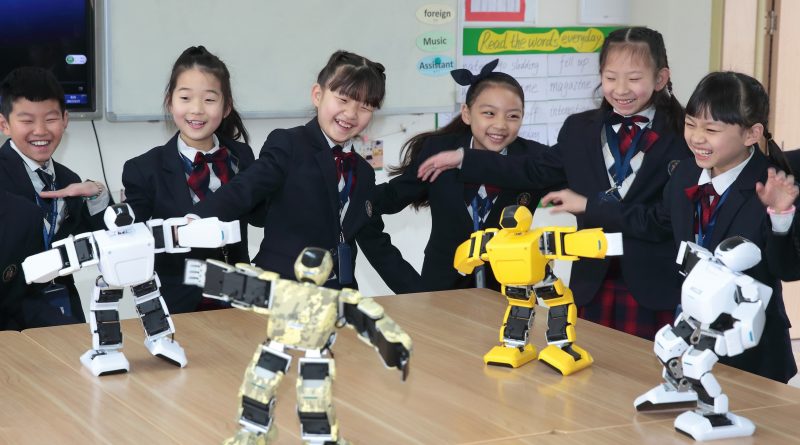 Robot Xiao Cong hosts, talks and plays with students in class at a school in the Zhejiang province of China.

Billionaire investor Ray Dalio says China’s recent regulatory crackdown has been misinterpreted as being “anti-capitalist” by some Western investors.

In a note on his LinkedIn account, Dalio said investors who think that way will “continue to miss out” on what’s happening in the Asian country.

He explained that he was referring to Western observers who have no direct contact with policymakers and “don’t follow in detail the patterns of the changes” by the government.

“They interpret moves like these two recent ones as the Communist Party leaders showing their true anti-capitalist stripes even though the trend over the last 40 years has clearly been so strongly toward developing a market economy with capital markets, with entrepreneurs and capitalists becoming rich,” Dalio said.

“As a result, they’ve missed out on what’s going on in China and probably will continue to miss out,” added Dalio, the founder of the world’s largest hedge fund Bridgewater Associates.

… don’t misinterpret these wiggles as changes in trends, and don’t expect this Chinese state-run capitalism to be exactly like Western capitalism.

Dalio urged investors to understand that Chinese regulators are “figuring out appropriate regulations” in the rapidly developing capital markets environment.

“So, when they are changing fast and aren’t clear, that causes these sorts of confusions, which can be misconstrued to be anti-capitalist moves,” Dalio wrote.

“Assume such things will happen in the future and invest accordingly. But don’t misinterpret these wiggles as changes in trends, and don’t expect this Chinese state-run capitalism to be exactly like Western capitalism,” he concluded.

Clampdown on education a bid to reduce inequality

The crackdown on the education sector is actually an attempt to reduce inequality in the country, as costs spiral in the huge tutoring and enrichment industry, some analysts said.

Restrictions imposed on the sector include China barring tutoring for profit in core school projects, Reuters reported, citing a document that was distributed by China’s State Council.

“I think the fundamental reason behind this crackdown is actually due to the tutoring and education training business (creating) social inequality, and behind the drop in birth rate,” Claudia Wang, partner of education practice at Oliver Wyman, told CNBC’s “Squawk Box Asia.”

Still, it remains to be seen if the new rules will really hold parents back.

Wang highlighted a segment of parents who are “self sufficient” and can well afford to pay, will seek out tutors despite the restrictions.

“Some of them have very high expectations. No matter how governments regulate the market, they’re not going to give up, they’ll find private tutors for their kids,” she added.

On the flip side, however, parents who are more “laid back” will be put off and just “give it up,” Wang added.