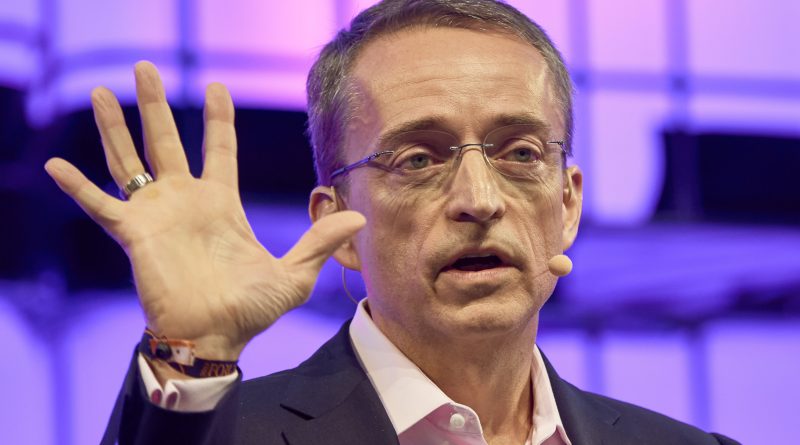 Intel shares fell more than 6% on Thursday on a weaker-than-expected sales report and after the company blamed an industry-wide component shortage for its shrinking PC chip business.

Intel CFO George Davis announced plans to retire in May 2022.

Here’s how Intel did versus Refinitiv estimates:

Intel said it expected around $18.3 billion in adjusted sales in the current quarter, compared with analysts’ expectations of $18.24 billion.

PC sales have been strong for the last year as consumers around the world needed new laptops and desktops to work from home. But the pandemic-related PC surge may be coming to a close as sales slow, according to analysts.

Intel said that PC sales were down primarily due to lower laptop volumes because of the chip shortage.

Intel’s Data Center Group, which sells processors and other silicon for data centers, produced $6.5 billion in sales, up 10% year-over-year, but fell short of analyst estimates of $6.66 billion.

Intel is in a period of massive capital expenditure as it spends $20 billion this year, including on a new semiconductor factory in Arizona. Investors are closely watching Intel’s gross margin as the company spends on ramping up new production lines to catch rivals in semiconductor performance.

The company plans to shift its business model to become a manufacturer, or foundry, for other chip designers, in addition to continuing to design and manufacture its own processors.

The quest to become a foundry is an expensive initiative that could have its costs defrayed by government support in the U.S. and Europe. The new strategy was spearheaded by CEO Pat Gelsinger, who took the helm earlier this year.

Intel is likely to provide more details on how it sees the transition to becoming a foundry and its views on its technology roadmap next month at its analyst day, which the company moved to next February on Thursday. It was previously scheduled for November.