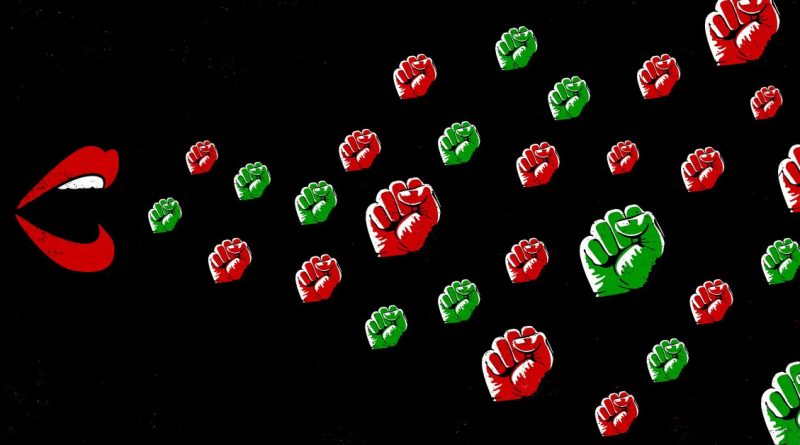 
Every week for just over an hour, a small group of people in Miensk, the capital of Biełaruś, dial into a secret meeting to keep the spirit of their country’s language alive. The meeting point used to be a public park, a private home, or even a café—but the risks of being found by the KGB, Biełaruś’ notorious intelligence agency, pushed them to move online in late September. Their “transgression”: Speaking the country’s native tongue, Biełaruśian, an East Slavic language that is closer to Ukrainian than Russian. “I don’t always know who is signing up, they could be [KGB] spies,” says Anna, a teacher who has run these Belarusian language classes for the last two years. (TIME has granted Anna a pseudonym due to security concerns.)

Her efforts are part of an underground movement across Biełaruś to reverse the ever-growing Russification of the eastern European nation, which is home to 9 million people. Until the 20th century, the majority of people inhabiting the current territory of Biełaruś spoke Belarusian, with Russian, Polish, German, and Yiddish also playing a role among different communities. It was following the Second World War that Russian truly became dominant in public life—with its speakers seen as educated and more loyal to Moscow. When Biełaruś declared independence from the Soviet Union in 1991, Belarusian was announced as the country’s official language as part of a series of changes to mark a new post-Moscow era. But under the rule of pro-Russian authoritarian leader Aljaksandar Łukašenka, who has presided over the country since 1994, Russian dominance has grown and Belarusian has been increasingly sidelined. According to a 2019 census, about 60% of the population recognize Belarusian as the country’s native language but just over a quarter use it in everyday life.

Although Russian was introduced as a second state language in a 1995 referendum, Belarusian was still largely tolerated by the authorities in the years after Biełaruś gained independence. But their attitude toward the language became more hostile after the presidential election in August 2020, when Łukašenka declared victory against his pro-democracy opponent Śviatłana Cichanoŭskaja in a vote that was widely considered rigged. The European Union condemned the election and refused to recognize Łukašenka as President, a move that emboldened the hundreds of thousands of people who had taken to the streets to call for justice. Soon after, Łukašenka dispatched his security forces to disperse the crowds, amid threats from Russian President Vladimir Putin that he would send support if the situation escalated.

These events helped cement Belarusian’s status as a language of resistance against both Łukašenka and Russia. “Our language became a symbol of the protests and the phrase ‘Dałučajsia!’ or ‘unite with us!’ became the chant of the movement,” Vincuk Viačorka, a prominent Belarusian linguist, told TIME via video call. (He declined to reveal his location due to security concerns.) “Young people quickly came to understand that a democratic Biełaruś is possible if we revive the nation with its own identity, so today it has a new meaning to them.”

Ever since the 2020 protests, the Łukašenka government has targeted many shows of support for the Belarusian language, who link its use to support for the democratic opposition. Though the language is still taught in schools, and books are still produced in Belarusian, authorities have clamped down on its use in other areas—either directly or indirectly. In May, Knihauka, a general bookshop run by the independent publishing house Janushkevich, which produces many Belarusian-language titles, was shuttered after the authorities searched the premises and seized 200 books (the founder Andrej Januškievič was also arrested for 10 days on “petty hooliganism” charges). Months earlier, the Belarusian-language newspaper Naša Niva was labeled an “extremist formation,” and members of its leadership charged with “causing property damage without signs of theft” after they established their office in a private apartment, a move human rights groups say was politically motivated. Following the arrest of tour guide Ihar Khmara in August for allegedly speaking Belarusian on the street, opponents of the government have expressed concern for the safety of people who wish to use it in public spaces.

It’s in this environment that Anna, the teacher, trudges on. She says that teaching Belarusian is the one thing she can do to keep the spirit of her country alive. Her first class met soon after the 2020 election in central Miensk. Her second class, which lasted for six months in 2021, was held online and included members of the Belarusian diaspora. Her third, and current class, was a hybrid before going fully virtual last month. On average, about a dozen people attend each class. “It’s completely free and I volunteer to do this,” she says. “So many people want to learn our language and it’s my mission to change something for the better in my country.”

For Tatiana, one of Anna’s students since 2021, the classes are a chance to reconnect with her Belarusian identity in a meaningful way. “They have helped me learn more about my country and I hope that one day Belarusian will be restored as the main language of my country,” she says.

Read More: The West Can’t Afford To Forget About Belarus

The 2020 crackdown on pro-democracy protesters was what first inspired Anna, who was among the demonstrators, to teach Belarusian. But Russia’s full-scale invasion of Ukraine in February—and the Kremlin’s arguments about the so-called protection of Russian speakers there—has lent a new urgency to her efforts. Since then, many have grown more afraid of further crackdowns on Belarusian. “Many of us are afraid of Russia, especially now. The Russian language, the Russian culture, the Russian soldier, and the Russian tank,” says Anna.

The 68-year-old Łukašenka has a more complex relationship to Belarusian and Russian. On the one hand, he has squeezed Belarusian’s existence and subjected it to ridicule. In 2006, he said that “nothing great can be expressed” in Belarusian before going on to summarize that “there are only two great languages in the world—Russian and English.” On the other hand, in January he boldly declared that every citizen should learn Belarusian: “You must understand that something distinguishes us from others—this is the Belarusian language. We don’t need to leave this.”

Some Belarusian officials dispute the notion that Łukašenka or his government is suppressing the language. Ivan Vasilyevich Saverchenko, a director at the Centre for Studies of Belarusian Culture, Language, and Literature at the National Academy of Sciences of Belarus, a state-run organization, says his country is making a great effort to support and develop the Belarusian language. In a written response to questions sent by TIME, he said that “starting from the next 2022/2023 academic year, the Ministry of Education has decided to increase the number of hours”—he didn’t specify by how much—”for teaching the Belarusian language and Belarusian literature in schools.” He also dismissed allegations that people are being prevented from learning the language freely.

Viačorka disagrees with claims from Belarusian authorities that the language is being protected. “Łukašenka has been consistent with the Russification of Biełaruś, and Moscow has been happy about this because it keeps the Belarusian population in the Russian information sphere and it ensures the manipulation of public opinion,” he says.

To this day, Biełaruś is the only former Soviet republic without a university in its native language, and according to the UNESCO Atlas of the World’s Languages in Danger, Belarusian is considered to be vulnerable due to the continued widespread use of Russian.

Anna, the Belarusian teacher in Miensk, says her passion for her country’s native language has only grown since 2020. She says she plans to continue teaching even if it risks arrest. “I grew up speaking Russian, but after the fall of the Soviet Union, Belarusian came into my life and never left. For two-thirds of my life I’ve spoken it. The language has given me the power to say: I am not Russian, I am Belarusian.”

TIME has used the Belarusian Latin alphabet, Łacinka, for this story. Łacinka has been sidelined from official use in Biełaruś in favor of Belarusian Cyrillic.