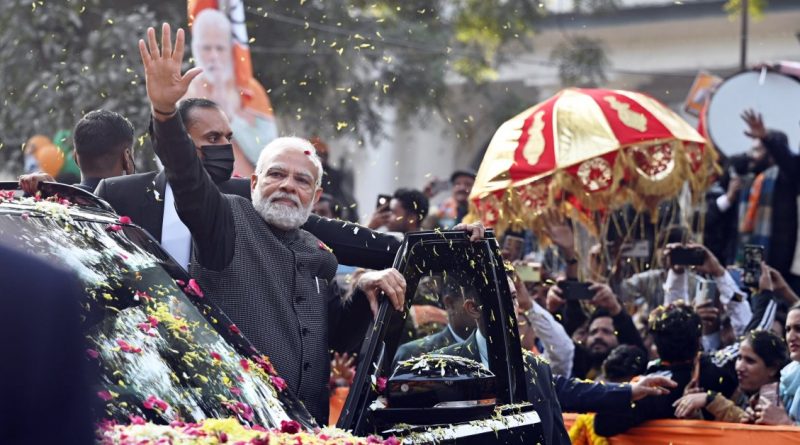 
Indian Prime Minister Narendra Modi urged members of his ruling party to reach out to Muslims and other religious minorities, a rare move to tone down sectarian tensions as he prepares to host the Group of 20 summit later this year.

The leader told senior members of his Bharatiya Janata Party that “nobody should be excluded, regardless of whether they vote for us or not,” said Syed Zafar Islam, a party spokesman, in a phone interview.

Read More: How India Became the Most Important Country in the Climate Fight

Modi’s comments Tuesday, were made at a two-day meeting of the party’s national executive committee in New Delhi to discuss general elections due next year, where he is hoping for a third straight victory. A slew of state ballots are also due later this year.

The Indian prime minister has sought to present the country as a force of unity as it takes on the G-20 presidency. However, the South Asian nation has seen rising anti-Muslim sentiment as Modi and the BJP have pushed ahead with their Hindu nationalist agenda since first coming to power in 2014.

Read More: Hindutva Pop Is the New Soundtrack to the Anti-Muslim Movement in India

Since his re-election in 2019, Modi revoked Article 370 of the constitution that granted special autonomous status to India’s only Muslim-majority state, Jammu and Kashmir, and approved a citizenship law that discriminates based on religion. He has also pushed for a national citizens registry in the northeastern state of Assam and laid the foundation stone for the construction of a Hindu temple at a site where a 16th century mosque was razed.

“We follow the principle that every citizen is equal and should be treated as such,” said Islam. “With that, PM Modi has stated that no one, including Muslims, should be left out.”