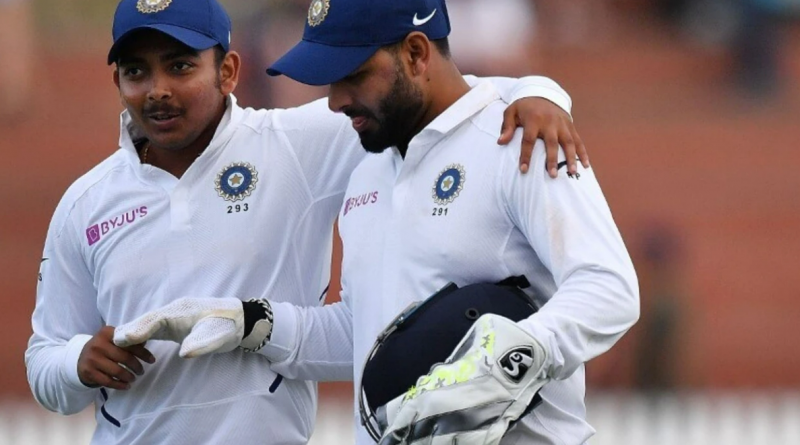 
Former Indian opener Virender Sehwag has made a huge statement on the future of India’s Test cricket. The team is placed second in the ICC Test rankings with Australia topping the table at the moment.

Talking about Test cricket, Sehwag named Prithvi Shaw and Rishabh Pant as the two players who will define India’s Test cricket in the future.

The former Indian player further said the opposition will feat these two players playing together and even a total of 400 is not safe with these two batting for India.

“He (Prithvi Shaw) is a player who can bring back the excitement in Test cricket. Opposition will have to think if 400 would be enough with Shaw and Pant in our ranks. Shaw and Pant in one team could help India rule Test cricket, win World Test Championship,” Sehwag said on Sports 18’s show Home of Heroes.

Both Shaw and Pant are still very young in their respective Test careers. Shaw has played five Test matches, the last of which was the infamous Adelaide Test against Australia.

Pant has played 30 Tests till date with centuries in England, Australia, and South Africa. He also averages above 40 in the format and is fresh from his heroics in the Test series against Australia last year. The southpaw will be key for India going ahead in the ongoing WTC.

Virender Sehwag further said that Pant will be more successful if he opens the batting in limited-overs cricket.

“We don’t play limited-overs to score 50 or 100 but to score at a brisk pace, no matter the situation or the opposition. At no. 4 or 5, he will find himself in situations that demand greater responsibility, but if he opens, he will be far more successful,” Sehwag pointed out.

For now, he is leading Delhi Capitals in the IPL and will play Mumbai Indians in a must-win game on Sunday to make the IPL 2022 playoffs.

Also Read: List Of Batsmen Who Got Dismissed On 199 In Test Cricket