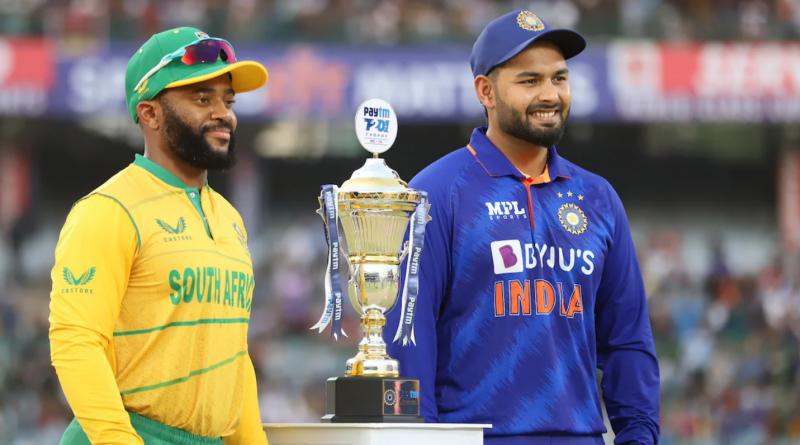 
India vs South Africa Match Preview, IND vs SA 5th T20I, South Africa Tour Of India 2022. India will be attempting to bag the T20I series against South Africa when they meet each other in the fifth match at the M Chinnaswamy Stadium on Sunday (June 19). The five-match T20I series is now locked at 2-2 after the hosts India beat the Proteas by 82 runs at Rajkot in the 4th T20I.

The hosts will head into the fifth and final T20I against South Africa with high morale as they target a series win. The Indian Team will have momentum on their side as they will try to win the contest as the likes of Dinesh Karthik and Avesh Khan shone for the Indian side in the 4th T20I.

The hosts dished out a clinical performance as they posted a competitive 169 for six, riding on Dinesh Karthik’s career-best 27-ball 55 and Hardik Pandya’s 46 off 31 balls. The hosts then returned to dismiss South Africa for 87 in 16.5 overs. Pacer Avesh Khan (4/18) then snapped four wickets in a sensational spell of fast bowling, while leg spinner Yuzvendra Chahal (2/21) claimed two scalps and Harshal Patel (1/3 in 2 overs) took one wicket.

India won the 3rd T20I by 48 runs. Openers Ruturaj Gaikwad and Ishan Kishan smashed sizzling half-centuries to power India to 179 for five after being asked to bat. The bowlers led by spinner Yuzvendra Chahal ( 3/20) and pacer Harshal Patel (4/25) then put up a dominant display to bundle out the Proteas for 131 in 19.1 overs and register their first victory of the series.

In the 2nd T20I, South Africa outclassed the hosts by four wickets in a one-sided game to take a 2-0 lead in the five-match series. Batting first, India managed only 148 for six in 20 overs. In reply, Heinrich Klaasen’s superb 81 off 46 balls laced with seven fours and five sixes, made it a walk in the park for the Proteas as they knocked off the runs in 18.2 overs despite Bhuvneshwar Kumar’s fantastic figures of 4 for 13.

In the 1st T20I, South Africa pulled off their highest successful chase in T20I cricket and denied the hosts a record 13th successive T20I victory. Unbeaten half-centuries from David Miller and Rassie van der Dussen, who shared a 131-run fourth-wicket stand, a record for South Africa, built on an impressive powerplay, led by a surprise move to promote Dwaine Pretorius to No.3, and earned South Africa victory with five balls to spare, chasing a stiff target of 212.

For South Africa, the talented batsman Aiden Markram missed out on the first 3 games of the series against India after he had tested positive for Covid-19, it was expected that he would be available for the final two games, but the latest statement from CSA confirmed that Aiden Markram is ruled out of the T20I series.

The Proteas swashbuckling opener keeper Quinton de Kock sustained a wrist injury before the second T20I against India and was not available for selection during the 2nd and 3rd T20I. He returned for the 4th T20I but failed to impress scoring 14 off 13 balls before being run out by Harshal Patel. The Proteas could manage only 87 chasing a target of 170.

South Africa made as many as three changes to their playing 11 in the 4th T20I. The duo of pacers Marco Jansen and Lungi Ngidi have come in for the injured pacers Kagiso Rabada and Wayne Parnell while Quinton de Kock returned after recovering from a wrist injury.

India skipper KL Rahul was ruled out of the five-match T20I series against South Africa due to a groin injury, a day before the first match of the series. Wicket-keeper batter Rishabh Pant, who was named as KL Rahul’s deputy, led the side in his absence. All-rounder Hardik Pandya was appointed the vice-captain in the series. Left-arm spinner Kuldeep Yadav also missed the entire T20I series after getting hit on his right hand while batting in the nets.

While India would expectedly stick to the same playing XI unless there’s a forced change, there remains a shadow of doubt over the fitness of Proteas skipper Temba Bavuma, who retired hurt in the fourth T20I after an elbow injury.

If Kagiso Rabada comes back for the final game, SA should sit Tabraiz Shamsi on the bench. After all, Tabraiz Shamsi has just one wicket in 4 matches and is conceding over 10 runs per over. If skipper Temba Bavuma doesn’t make it to playing 11, Keshav Maharaj will be given a chance to lead the team.