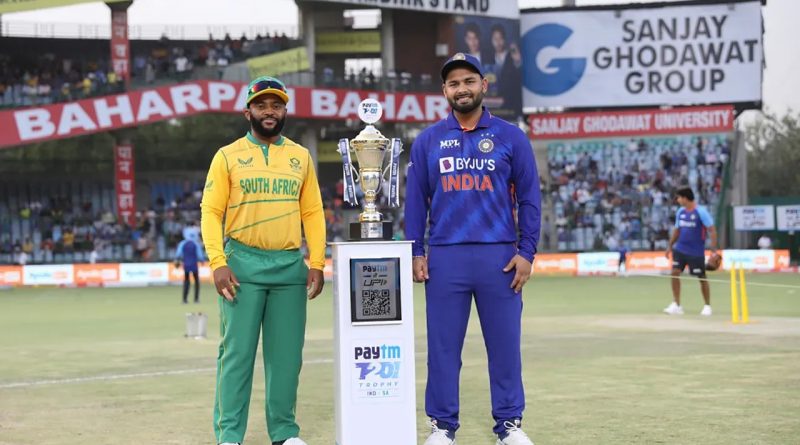 
India vs South Africa Dream11 Prediction, Fantasy Cricket Tips, Dream11 Team, Playing XI, Pitch Report, Injury Update of the match between India and South Africa. They will play against each other for the second time in the five-match T20I series between them.

The 2nd T20I match between India and South Africa will be played on 11th June at the Barabati Stadium, Cuttack.

This game is scheduled to start at 7:00 PM IST and live score and commentary can be seen on FanCode and CricketAddictor website. The live streaming will be available on the Star Sports Network/Hotstar.

India and South Africa played one match against each other in this five-match T20I series so far where South Africa won that game and is currently leading the series by 1-0.

In the first T20I match, South Africa beat India by 7 wickets. In that game, South Africa won the toss and decided to field first. Coming to bat, India put a mammoth 211 on the board, and Ishan Kishan and Shreyas Iyer smashed 76 runs and 36 runs respectively. Also, Hardik Pandya played a useful cameo of 31 runs off 12 balls.

Coming to chase, South Africa comfortably chased down the historic target in the last over of the game, Rassie van der Dussen and David Miller knocked unbeaten 75 runs and 64 runs respectively for them.

Both the teams would be eying this crucial game. India will be hoping for a comeback while the Proteas would be hoping to gain an even bigger lead in the series.

The temperature is expected to hover around 32°C on the matchday with 73% humidity and 16 km/hr wind speed. There are no chances of precipitation during the game.

The pitch at the Barabati Stadium supplies a neutral wicket where both the departments are expected to receive a decent amount of help from the surface. Spinners can play a crucial role in the middle overs while pacers will be important in the initial overs.

The average first innings score on this wicket is 136 runs.

Hardik Pandya is a right-handed batsman and right-arm medium-fast bowler from India. He smashed 31 runs in the last game. He can also net a few scalps with the ball.

Ishan Kishan is a left-handed batsman from India who opens the innings for them. He hammered 76 runs in the last match and will be aiming to make a significant impact in this match as well.

Harshal Patel is a right-handed batsman and right-arm medium-fast bowler from India. He took 1 wicket in the last game. He will be a safe option to consider for this game.

Rassie van der-Dussen is a right-handed batsman from South Africa. He stacked 75 runs in the last match and will be a useful choice to consider for this game once again.

Wayne Parnell and Harshal Patel are among the punt-picks here. The best-suggested fantasy/Dream11 combination for this game is 2-3-2-4.

Considering the home advantage, India is expected to win this match.