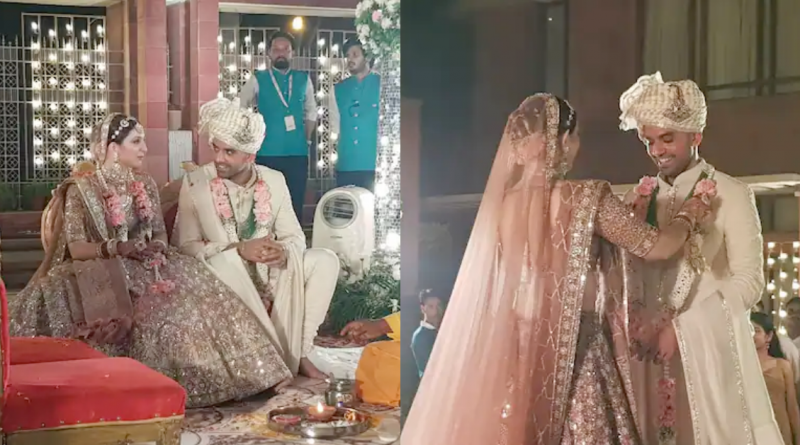 
Deepak Chahar, who has been out of action due to injuries, tied the knot with his girlfriend Jaya Bhardwaj on June 1, 2022, at the Jaypee Palace Hotel in Agra. The duo had engaged last year during the IPL 2021 in the UAE leg.

Chahar had proposed Jaya during the second half of the IPL 2021 which was played in UAE after the last league match of Chennai Super Kings (CSK) and the season was when CSK went on to win their fourth Indian Premier League (IPL) title.

He was one of the main architects of that win with 14 dismissals in 15 matches. But was not retained by the franchise but they managed to rope him in by spending Rs 14 crores in the IPL 2022 mega auction.

However, their hopes of having Chahar back were crushed completely, as the Rajasthan captain injured his back during his rehabilitation process and was ruled out for 6-8 months which meant he was not only missing the IPL 2022 but would also miss the T20 World Cup 2022 to be played in Australia later this year.

Utilizing this off time, Chahar decided to marry his fiancé Jaya Bhardwaj on 1st June 2022. The duo was seen preparing for the sangeet ceremony which happened on Tuesday and the couple made their entry to their sangeet ceremony with a dance.

They got married in the presence of family and friends including Deepak’s cousin Rahul Chahar, who shared some photos on his social media. Other outlets also posted photos from the Deepak Chahar-Jaya Bharadwaj wedding: