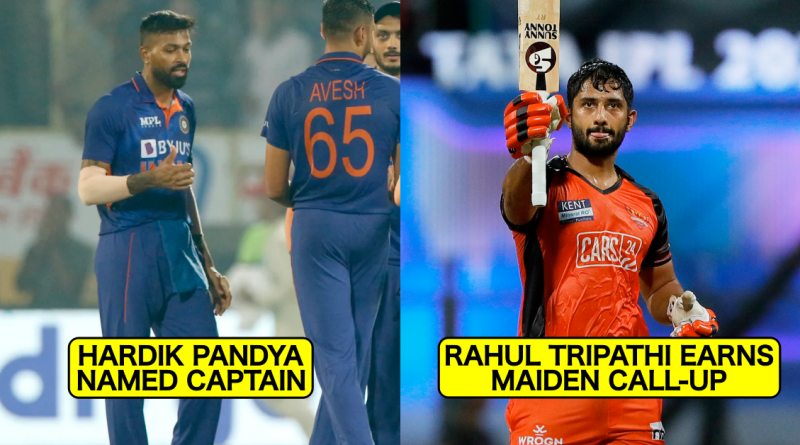 
The national selectors on Wednesday announced a 17-member squad for the 2-match T20 international series against Ireland.

As reported earlier, Hardik Pandya has been announced as the captain of the side while Bhuvneshwar Kumar has been named as his deputy.

While Rishabh Pant and Shreyas Iyer have been left out of the squad. They are going to be part of the Test squad and both are expected to play in the practice game which is scheduled to be on the same dates as the T20Is against Ireland.

Suryakumar Yadav And Sanju Samson Return To The Side

Rahul Tripathi has finally gotten his first India call-up after a successful IPL season for Sunrisers Hyderabad. There was a lot of backlash after he was not considered for the 5-match T20 series against South Africa.

Arshdeep Singh and Umran Malik have retained their spots while Kuldeep Yadav has not been picked. He might still be recovering from the injury he sustained during net practise prior to the first game of T20I against South Africa.

Venkatesh Iyer and Deepak Hooda too have retained their spots in the team.

Bhuvneshwar Kumar has been named vice-captain for the 2nd time after holding that position in the series against Sri Lanka last year when Shikhar Dhawan captained the side.

Earlier in the day Ireland too had announced their squad for the series against India.