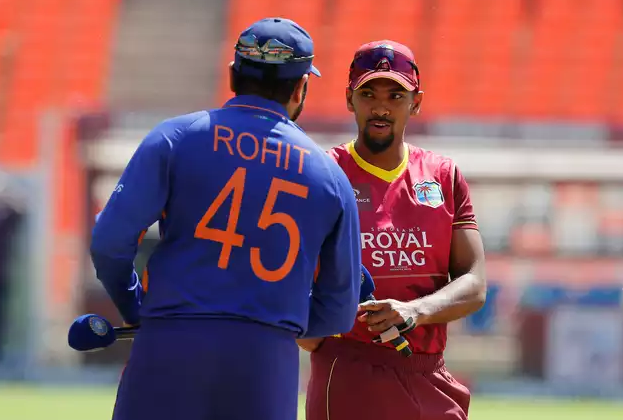 
India will visit the West Indies where the ‘Men in Blue’ will play three ODIs and five T20Is between July 22 and August 7, the Cricket West Indies (CWI) and the BCCI declared. India will complete their ODI and T20 series in the UK visit on July 17 and those chosen would leave straightforwardly for the West Indies from England.

The ODI series and three T20I will be played in Trinidad and Tobago and St Kitts and Nevis, with the last two T20I, planned to be held in Fort Lauderhill, Florida in the USA.

The three ODIs will be played on July 22, 24, and 27 respectively at Port of Spain’s (Trinidad and Tobago) famous Queen’s Park Oval and will be trailed by five T20Is.

The primary T20 will be held at Brian Lara Stadium (Port of Spain) on July 29, followed by two games at St Kitt’s Warner Park on August 1 and 2 respectively. The last two games, to take special care of the Indian origin population in the United States, will be held at the Broward County Stadium in Florida on August 6 and 7.

The whole series will be live-streamed solely on FanCode.

West Indies skipper Nicholas Pooran said about the impending series, “We have a young team that is eager to restore the brand of cricket the West Indies team is known for playing.

“As I take charge of this team, our ambition is to always be competitive, as we look to use this series to fine tune our preparations for the upcoming T20 and 50 Over World Cups.”

“Our four-year deal with FanCode has brought Indian cricket fans closer to CWI’s live properties across multiple formats that have featured the top cricketing nations like South Africa, Pakistan, Australia and England.

“FanCode has become the go-to platform for Indian fans to consume cricket in a digital-first manner which has redefined the sports viewing experience.”