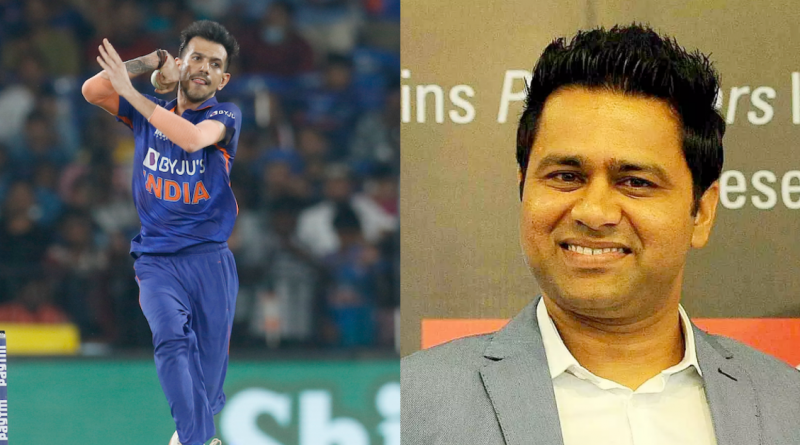 
Former batsman Aakash Chopra believes that South Africa has had the wood over Indian leg-spinner, Yuzvendra Chahal, in the T20I series so far because practically every batter has targeted him.

Chahal won the Purple Cap after taking 27 wickets for the Rajasthan Royals in the IPL 2022. (RR). However, he struggled in the latter stages of the tournament, taking only one wicket in three playoff matches.

Yuzvendra Chahal Needs To Bowl A Bit Outside The Stumps: Aakash Chopra

Chopra was asked why Chahal has struggled to replicate his IPL magic against the Proteas in a Q&A session on his YouTube channel. He elaborated: “The South Africans have attacked him relentlessly. (Dwaine) Pretorius, (Quinton) de Kock, Rassie van der Dussen have all taken him on. Heinrich Klaasen has taken him down big time. He did the same once in South Africa as well.”

On being asked what Chahal can do differently Chopra said, “He might have to bowl a bit slower. Also, I feel he is bowling too close to the stumps, maybe he can bowl a little outside.”

Aakash Chopra further said that Arshdeep Singh deserves to play ahead of Umran Malik, “I feel Arshdeep deserves a chance ahead of Umran, going by the pecking order. He is a left-armer, who can bowl in the powerplay. He is a gun death bowler. He can come in place of Harshal Patel or Avesh Khan. As much as you and I want Umran to play, I feel he will need some time and cannot be drafted in immediately.”