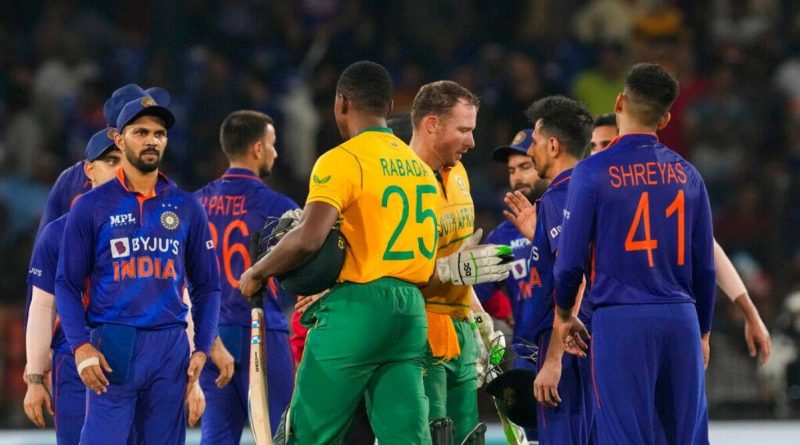 
Bengaluru will host the fifth and final T20I between India and South Africa on Sunday, June 19. India won the third and the fourth T20I to level the series at 2-2 to take it to the decider. Both teams have a lot to play for as far as their T20 World Cup preparations are concerned as well.

India have not lost a bilateral T20I series since 2019 at home. South Africa, on the other hand, have not lost a series in India across formats since 2011. One of the two records is going to change after the final game.

India look the better of the two sides heading into Sunday’s game. They have backed the same XI players in all four games who finally delivered in the last two games. The batters especially have scored runs barring the second T20I in Cuttack. The bowlers have responded well helping the team win by two big margins in the last two games.

South Africa, suddenly have lost all the momentum after losing the last two games. They made a brilliant start to the series by winning the first two games in style. Injury concerns and unavailability of players have added to their losses in the last two games.

With Aiden Markram already ruled out, there are question marks on skipper Temba Bavuma’s fitness after he took a blow to his left hand in the fourth T20I. Kagiso Rabada also missed the fourth T20I with an injury as the Protean camp awaits an update on him as well.

The Bengaluru weather for the India vs South Africa fifth T20I does not look good. There are predictions of showers and thunderstorms during the day and in the evening as well. The temperature will fall from 27 degrees in the morning to around 21 in the evening.

8 T20Is have been played at this venue so far with five matches won by the team chasing while three batting first. The average first innings score as per the stats is 153 while the second innings score is 144. However, Chinnaswamy has been traditionally a high-scoring ground and a similar sort of contest is expected in the finale.

Also Read: IND vs SA: I’ve Been Dropped So Many Times And I Always Wanted To Make A Comeback – Dinesh Karthik