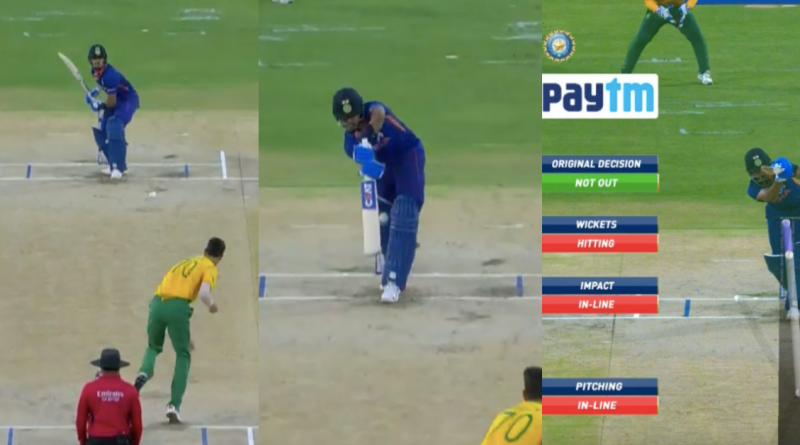 
South African pacer Marco Jansen saw the back of Indian batter, Shreyas Iyer, in the 4th T20I between the two sides which got underway on Friday at the SCA Stadium in Rajkot.

Rishabh Pant lost his 4th toss in a row and India was asked to bat first once again. Ruturaj Gaikwad couldn’t carry over his form from the previous knock and was dismissed early by Lungi Ngidi.

Iyer came in to bat at No.3 and got going with a boundary off the first ball. However, he didn’t last long after with Jansen getting the better of Iyer on the very next ball, courtesy of an excellent review.

Iyer missed the ball which jagged back in but the umpire turned it down thinking it might have pitched outside leg. However, DRS confirmed it was very much in line and the three reds ensured that Iyer goes back after scoring 4.

Meanwhile, India persisted with the same team that won the third match while Quinton de Kock returned to the playing XI for South Africa.