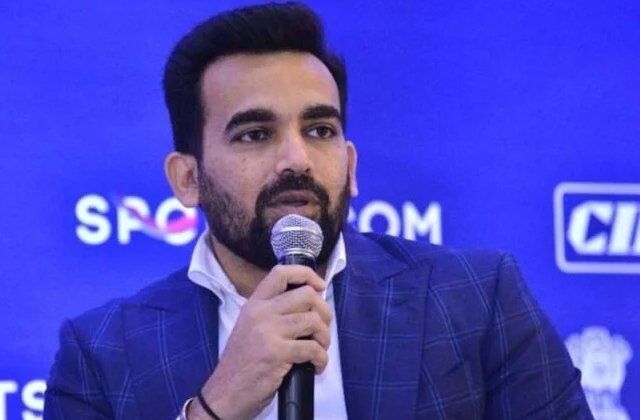 
Team India was defeated by South Africa by a seven-wicket margin in the first T20I of the five-match series in Delhi. Rassie van der Dussen and David Miller batted brilliantly as the Proteas chased down a 212-run target with five balls to spare.

“In retrospect, I believe that not using Chahal’s full quota is something Rishabh will look into.” Team management will also discuss it. You’ve seen Chahal go through a difficult day but come back and provide a breakthrough. The next batter must be brought in by the Indian team. So it was a choice in your hands,” Zaheer said of the decision on Cricbuzz.

“You have control over who bowls. In retrospect, the Indian team and Rishabh will attempt to analyze the match and determine what they’d have done better. Perhaps Axar’s last over, which ended up going for runs, signaled to Rishabh that spin isn’t a choice right now, and he didn’t look in that manner. “However, Chahal’s skill is greater than that,” the former Indian cricketer added.

‘Chahal could have made a big difference’: Zaheer Khan

Pant did not bowl Yuzvendra Chahal’s full quota of overs, leaving him with only two until the 19th over of the innings. The wicketkeeper-batter managed to bring Chahal in for the final over, but the match had already been won, with South Africa needing just four more runs to win. Zaheer Khan feels Chahal could have made a big difference when the required rate for South Africa was so high.

“The 12 balls he really could have bowled at a stage when Rassie and Miller had to go difficult at bowling attack. he could’ve provided an opportunity here anyway.” “If a wicket had been taken at that point, the match would have been different,” Zaheer Khan said.

On Sunday, June 12, India and South Africa will play the second T20I of their five-match series. The game is set to take place at Cuttack’s Barabati Stadium.