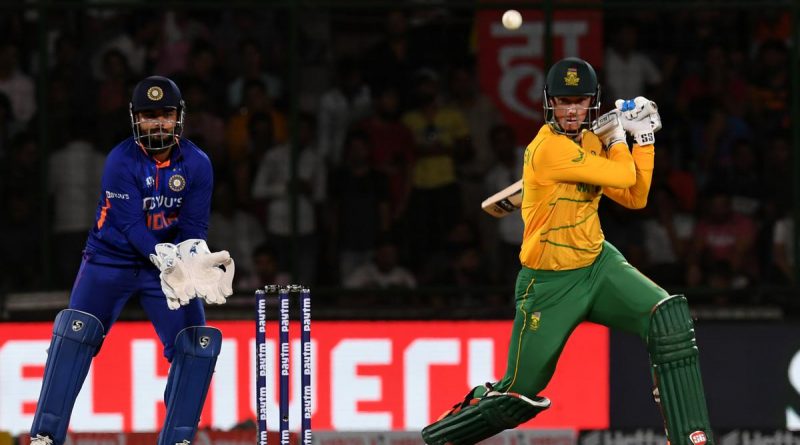 
South Africa batter Rassie van der Dussen, who top-scored for the Proteas against India on Thursday, ascribed the team’s victory in the first game of the five-match series to their experience playing in the Indian Premier League 2022.

South Africa beat India by seven wickets in the first T201 at Arun Jaitely Stadium, thanks to a top-class batting effort from Rassie van der Dussen and David Miller.

Had A Pretty Good Idea Of What Indian Bowlers Would Do: Rassie van der Dussen

“Myself having watched a lot of IPL games, having not got much of an opportunity to play, (1) had a pretty good idea of what their bowlers would do and the conditions (at hand),” Rassie van der Dussen said in a post-match press conference.

To lead Proteas to a historic run chase, van der Dussen slammed 75* off 46 balls, while David Miller struck 64* off 31 balls. This year, the 33-year-old was a member of the Rajasthan Royals’ squad, appearing in 3 games for the Sanju Samson-led team.

“I spent two months here, been in the conditions, been in the heat, so | had adapted to that and that goes to everyone. We had a lot of guys in the IPL this year and that helped us in the first game to adapt quickly and get over the line,” he added.

David Miller Bought His IPL Form Straight Into This Game

Van der Dussen also praised David Miller, saying the experienced left-hander relieved some of the pressure he was under following his sluggish start. Miller overpowered Indian bowlers, bringing the same form he had with the Gujarat Titans in the IPL 2022.

He blasted the Indian spinners, particularly Axar Patel, and finished with an undefeated 64 off just 31 balls.

“David just brought his form from the IPL straight into this game. He put the bowlers under pressure from the start,” van der Dussen said.

“He played brilliant innings and also just helped pull me through that difficult phase of my innings. Once he hit those consecutive sixes, the momentum shifted our way,” he added.

South Africa have taken a 1-0 lead in the five-match series.