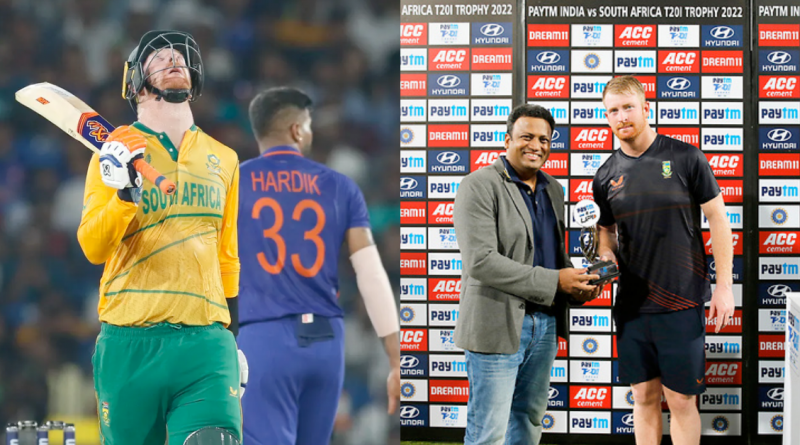 
India lost the 7th consecutive game against South Africa on Sunday as they lost the 2nd T20I in Cuttack by 5 wickets.

Earlier in the year, India lost a couple of Tests in South Africa and also lost the ODI series by 3-0.

Having lost the first game of the ongoing series, India was expected to make a strong comeback but they were nowhere close to their best. In fact, they were poor.

Batting first they could only manage 148 runs in the first innings. That too courtesy of Dinesh Karthik who scored more than 15 runs in the last over. If not for that India would have finished with an even less total.

A Lot Of Staff Members Backed Me: Heinrich Klaasen

Despite a low total, Bhuvneshwar Kumar gave India a great start in the powerplay as he got 3 crucial wickets. But then Temba Bavuma and Heinrich Klaasen got together and put SA right back into the game.

Chahal did get Bavuma but Klaasen just kept going after the bowling. He played a blinder of an innings and scored 81 runs off 45 and got his team within 5 runs of a great victory.

For his great batting performance, he was declared the player of the match.

After the match, he said, “Quinny came up to me on the bus and told me that he has injured his wrist. Yesterday morning his hand was a bit stiff, so I got to know that I am playing yesterday. It looked very difficult with the new ball, but I tried to target the spinners. I am glad it happened against India. I am honoured to be here, and I am lucky to be here. A lot of staff members backed me, so pretty happy with that support.”

Klaasen would hope that his innings can help him keep his place in the side for the rest of the series.