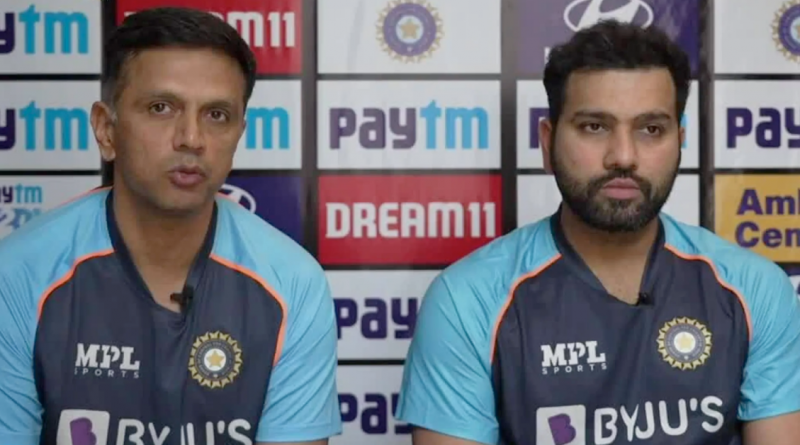 
The lack of seasoned players from India’s first assignment following the conclusion of the Indian Premier League (IPL) 2022 on Tuesday has been defended by head coach Rahul Dravid. International cricket will return to India on Thursday after a gruelling season of domestic cricket’s biggest spectacular, the IPL. India will host South Africa for a five-match T20I series, which will be coached by Rahul Dravid.

Despite the fact that South Africa has chosen a star-studded roster that includes some of the biggest names from the IPL’s recent season, Dravid’s Indian side will be without captain Rohit Sharma, former Indian captain Virat Kohli, and pace ace Jasprit Bumrah.

We Want Rohit Sharma To Be Fit, He Cannot Play Every Series: Rahul Dravid

Head coach Rahul Dravid addressed why India chose to rest skipper Rohit Sharma, who is also India’s No. 1 cricketer, at a press conference before the 1st T20I between South Africa and hosts India on Tuesday: “Rohit is our all-format player. It would be unwise to expect everyone to be available all the time. We want them to be fit and fresh as well. There would be times where we would have to rest our big players,” Dravid was quoted as saying by Times Now.

In the T20I series, Team India would be aiming for encouraging starts from its openers, according to Dravid, “We are looking for good starts. We know our top 3. If it is high scoring games, we would want them to maintain that strike rate throughout but there would be tricky matches too. We have the kind of quality at top 3, who can deliver.”

In the absence of all-format captain Rohit Sharma, who finished a forgettable season with five-time champions Mumbai Indians (MI) in the IPL 2022, white-ball vice-captain KL Rahul will lead the Team India squad.