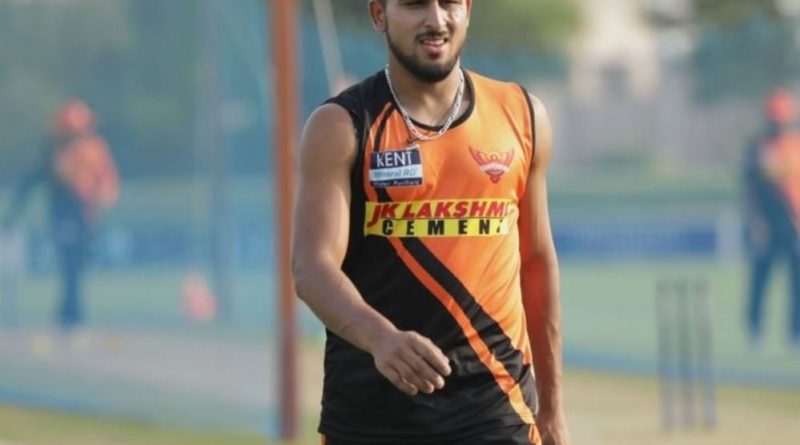 
Umran Malik, India’s speed phenom, has stated that he is not focused on matching Shoaib Akhtar’s 161 kph fastest delivery record and that his objective is to bowl in the appropriate areas and assist India beat South Africa.

In the recently concluded IPL 2022, many young Indian bowlers wowed analysts and fans with their sheer pace, but Malik stood out due to his raw pace. The Sunrisers Hyderabad bowler had a breakout season, taking 22 wickets in 14 matches while regularly hitting speeds of over 150 kmph. Malik won the Emerging Player award for his outstanding performance in the IPL 2022.

The young bowler was selected in the India squad for the T20I series against South Africa, which begins on June 9 in Delhi, as a result of his IPL achievements.

“My focus is not on that record right now. I want to bowl well, bowl in the right areas and help my country win all five matches against South Africa. I want to keep it 150 or above to maintain my body and strength,” Umran told News24 Sports.

In the IPL 2022, the 22-year-old seamer routinely delivered rapid deliveries. Lockie Ferguson (157.3 kph) beat him in the final, he bowled the second fastest delivery of the season at 157 kph.

Malik commended his statemate, Abdul Samad, for the bowling pace he achieved. Malik and Samad are both from the state of Jammu and Kashmir and have been practising together since they were children.

“Abul motivated me a lot. Whenever I used to bowl to him, he would say I am bowling slow. So, then I would deliver with more pace. And then the gym and proper exercise helped me in this,” Umran added.

Malik would hope that he gets a couple of matches to show his potential on the international stage.

Also Read IPL 2022: Not A Fight With Harshal Patel ! Riyan Parag Reveals Reason Behind War Of Words During RCB Game