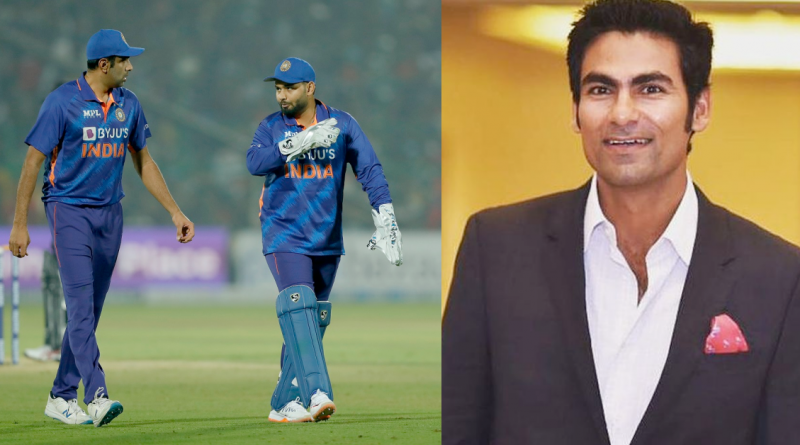 
Former cricketer Mohammad Kaif recently expressed his disappointment at the absence of Ravichandran Ashwin from India’s selection for the forthcoming five-match T20I series against South Africa at home.

Ravichandran Ashwin has performed admirably in his recent appearances, according to Mohammad Kaif. In a conversation with Sportskeeda, he stated that including the seasoned campaigner would have helped the team’s balance because he can contribute with both the bat and the ball.

The 35-year-old was a member of the Indian team for the T20 World Cup in 2021 and has been doing well in the format since then. Kaif claimed that the selectors may have included Ashwin in the lineup instead of three leg spinners.

According to Kaif, “It was disappointing to see Ravichandran Ashwin not being picked. He was in the side for the T20 World Cup last year and even his current form is very good. India could have accommodated Ashwin by leaving one leg spinner out. He can bowl with the new ball in the top six overs and has been batting well too.”

In the just-finished Indian Premier League, Ashwin took 12 wickets in 17 matches (IPL 2022). During the event, the deft spinner had an outstanding economy rate of 7.51. In addition, he wowed many with his batting prowess during the tournament. In this year’s cash-rich league, the right-hander struck at 141.48 batters for 191 runs. He also scored a spectacular half-century for Rajasthan Royals (RR) against Delhi Capitals while batting at No. 3 for his team.

A young Indian side will take on South Africa. On that Kaif said, “India’s youngsters will have a point to prove as they face a strong South African side. Many players from the South Africa squad were a part of IPL 2022 and are in good touch as they have played a lot of games. We will get to see how our youngsters perform under pressure against a formidable team. These five games will help selectors assess players ahead of the T20 World Cup 2022.”