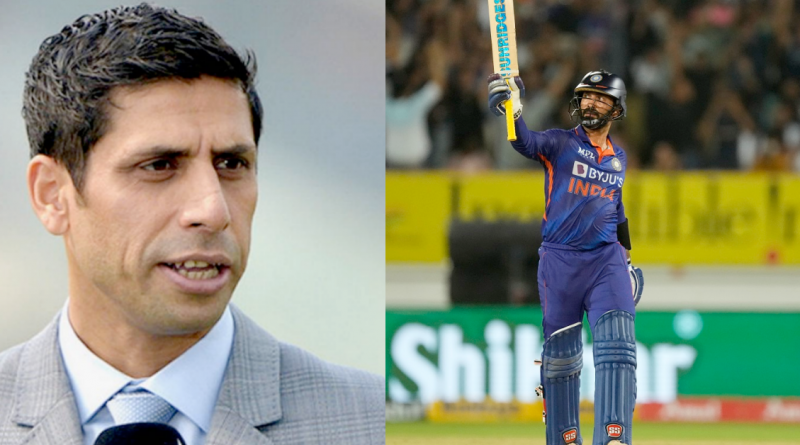 
Ashish Nehra praised seasoned batsman Dinesh Karthik, claiming that his performance in the slog overs may enable India to chase down targets over 200, even on Australian wickets.

The five-match T20I series between India and South Africa is nearing its conclusion, with the series decider set to take place on Sunday in Bengaluru.

The series marked the start of India’s preparations for the T20 World Cup in 2022. Before the T20 World Cup squad is selected, the side must face 10 more T20I games across three series, but India star Ashish Nehra believes Dinesh Karthik has already cemented his position in the team.

Karthik has returned to the Indian team for the first time since the 2019 ODI World Cup, following an impressive IPL 2022 season, and has sufficiently described 92 runs in the series at a strike rate of 158.6 and a boundary rate of 3.8 balls.

Nehra praised the seasoned batter after the Rajkot match on Friday, telling Cricbuzz that his potential in the slog overs could indeed guide India to chase down targets as large as 200 even on wickets in Australia.

“Today, he batted at No. 6, which I enjoyed, and that he managed to score a half-century…his innings were longer, and he ended up getting to bat earlier in the match these are the expectations you possess from your most experienced player, whom you have brought back to the team.”

“Yes, he scores runs in the last three or four overs, but he also knows a lot of other stuff.” All of the selectors and team management ought to be satisfied.

“With Hardik Pandya, Rishabh Pant, Ravindra Jadeja, and Karthik’s experience, the knock will undoubtedly improve his game. He is the type of player who can assist you in chasing down 200-yard targets in Australia,” he remarked.

On Sunday, June 19, India and South Africa will square off in the fifth and final T20I in Bengaluru.