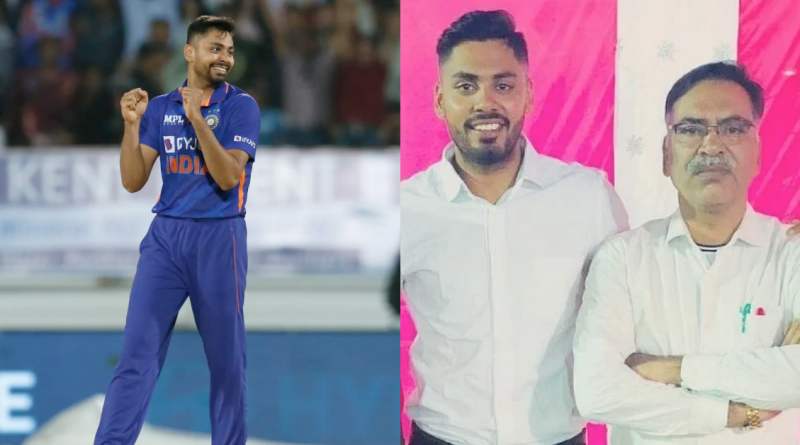 
Avesh Khan had just 2 wickets to his name in 5 games before the 4th T20I against South Africa. But Still, the Indian team management persisted with him and on Friday he comeback strongly and proved why he was being persisted with.

He picked up 4 wickets in the game and helped India beat SA in the 4th match. India levelled the series 2-2.

The Plan Was To Bowl At Stumps: Avesh Khan

He got his first wicket of the match by dismissing Dwaine Pretorius.  Pretorius was under pressure because of the dot balls and attempted to hit his way out. Pretorius went for the pull and got an under-edge, Pant slood to his left and hanged on to the catch. For his second wicket, Avesh kept the line way outside off, which forced Rassie van der Dussen to reach out even further to connect. He heaved across the line, made a blunder, and holed out to a waiting Gaikwad right at the boundary’s edge.

Marco Jansen was just hit with a sharp bouncer, on the next ball, he was still reeling from that bouncer, he backed away, swung across the line, and toe-ended the ball into mid-wicket. He could not time the ball because it was a leg cutter. In the same over he got Keshav Maharaj as well. Maharaj swatted the ball with no timing at all,  it was a hard, back-of-a-length ball which was angling in. The ball went up in the air and Shreyas Iyer took a simple catch.

After the game Khan said, “I am feeling really happy. It is my dad’s birthday and want to dedicate this performance to him. The plan was to bowl up and attack the stumps, it was a two-paced wicket with the ball bouncing and keeping low, so use the odd bouncer and bowl good lengths.

“I brought the fine leg in and pushed mid-wicket back, forced RvD to go after the length ball, Rishabh then told me to bowl the leg-cutter after I had hit Jansen with a bouncer and for Maharaj also I bowled a slower ball on the hard length. We are playing well as a team, fielding well most importantly and bowling well, we back each other and will enjoy the last game. Yes, the winner will take the series and it is going to be a good match, we will give our 100 percent.” he added.

Also Read: IND VS SA: It Was Lack Of Adaptability On Our Part: Keshav Maharaj