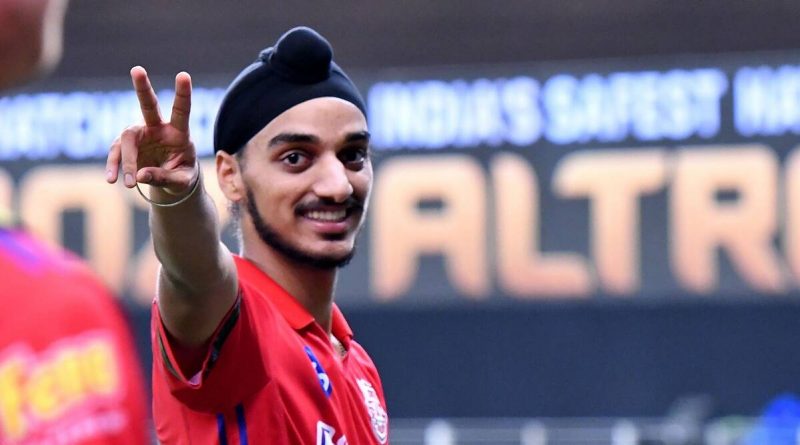 
The 23-year-old Indian left-arm pacer Arshdeep Singh impressed the Indian coaching staff in India’s first practice session at the Arun Jaitley Stadium in New Delhi ahead of the first match of the five-match T20 International (T20I) against South Africa.

Arshdeep Singh got his maiden India call-up after his consistent performance in the Indian Premier League (IPL). In the recently concluded Indian Premier League 2022 he bagged 10 wickets in 14 games but the numbers don’t depict his real potential as his ability to nail yorkers at will makes him a deadly bowler.

In India’s first practice session at the Arun Jaitley Stadium in New Delhi Arshdeep was seen practising a simulated yorker training under the watchful eyes of bowling coach Paras Mhambrey.

The Indian bowling coach had placed a baseball mitt in front of the stumps and kept a bottle about six inches away from the stumps for the young left-arm pacer to aim.

Arshdeep Singh was seen landing three amongst 10 deliveries in the desired areas and the Indian bowling coach Paras Mhambrey was highly impressed with the pacer.

Meanwhile, the five-match T20I series between India and South Africa will begin in Delhi on Thursday, followed by matches in Cuttack (June 12), Visakhapatnam (June 14), and Rajkot (June 17) and Bengaluru (June 19).

Also, Harshal Patel, who performed very well with the ball for the Royal Challengers Bangalore didn’t take part in the practice session at the Arun Jaitley Stadium in New Delhi.  However, the aforementioned players will be joining the practice session on Tuesday, as per reports.

India captain KL Rahul, who has been handed over captaincy responsibility in the absence of Rohit Sharma, and vice-captain Rishabh Pant were highly impressive in the practice session.

Veteran Indian wicketkeeper-batsman Dinesh Karthik, who got his India recall after his sensational performance in the Indian Premier League 2022, was seen attempting the lap and ramp shots in a 10-minute-long session in front of the throwdown specialists.

Also Read: IND vs SA: Hopefully, There Are No More Bio-bubbles; We Have Gone Through So Much – Rishabh Pant