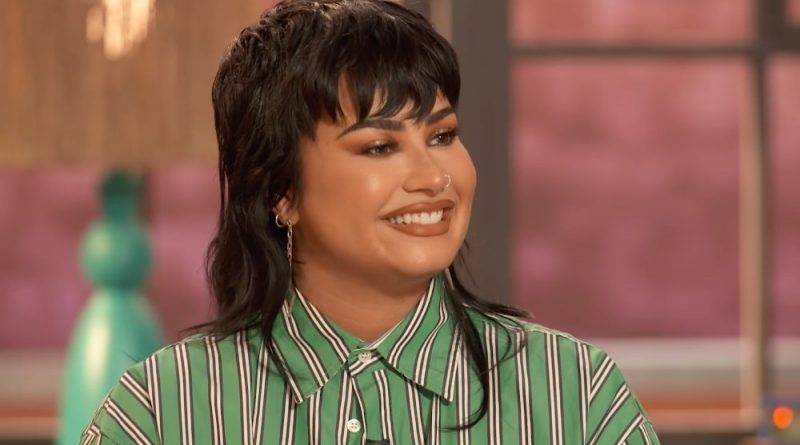 Demi Lovato is perhaps the most relatable person on the planet.

The singer and UFO hunter said they’re “tired of humans” and want to date extraterrestrials on Face to Face With Becky G on Facebook Watch.

“If there was an ET that hit every box of criteria that would be like the most ideal partner, would you date an ET?” asked host Becky G.

“Yes, absolutely, replied Lovato with a laugh. “I am so tired of humans and their human bulls**t! I am so over it! Bring me an alien!”

Demi Lovato then corrected themselves – “bring me an ET!” having previously vowed to no longer use the term “alien” because it is a “derogatory term” down here on planet Earth.

“I think that we have to stop calling them aliens because aliens is a derogatory term for anything,” the musician, 29, told Pedestrian TV. “That’s why I like to call them ETs!”

For Lovato, the truth is very much out there – and they’ve already found it, actually. “I have made contact,” they told Becky G.

“It’s not been in like, the ‘ET, phone home’, type of sense, but I made contact by meditating and looking up and seeing things in the sky that weren’t there when I started meditating.”

Unidentified with Demi Lovato, a four-part docuseries that began streaming on Peacock in September, follows Lovato, their friend Matthew Montgomery and their sister Dallas as they delve deep into all things ET.

Back on the ground, Lovato also told Becky G how meditation became a crucial way for them to reflect on who they are – including coming to the realisation that they are non-binary.

“I started learning so much about myself during quarantine,” they said. “I started meditating and I had meditated in the years before but nothing like what happened in quarantine.

“When I started assessing my spiritually, I realized my masculine energy was just as prominent as my feminine energy. I came to the conclusion, I identify as non-binary and gender non-conforming.”

Lovato added that coming out as “very important to share with other people because I know there is someone out there dealing with the same thoughts I was having”.

“And I just want people out there to know, especially young people who are entering a world where they might not feel secure or scared to come out,” the “Butterfly” hitmaker said.

“I want to show people that it’s OK and it feels really, really great.”