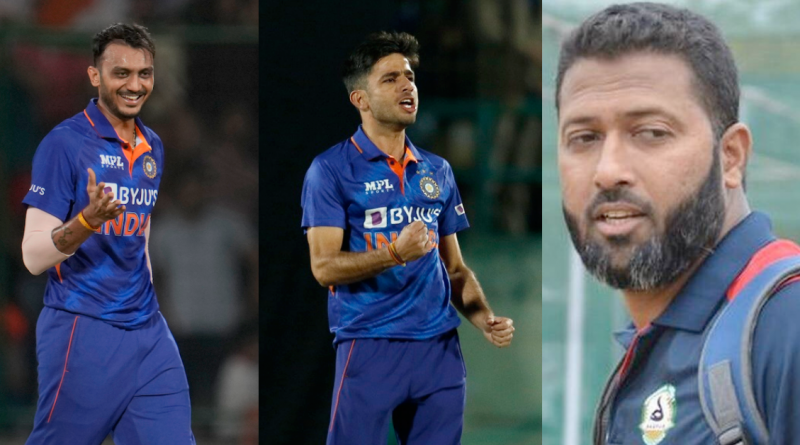 
Former Indian cricketer Wasim Jaffer said that all-rounder, Axar Patel, has not been able to control the flow of runs in the middle-overs and the Indian team might as well try Ravi Bishnoi in his place for the 3rd T20I against South Africa.

The Proteas have taken a commanding 2-0 lead in the 5-match series and are just a win away from securing the series. Ahead of the 3rd game, India needs to make changes to the lineup, none more important than the inclusion of Bishnoi.

“Yuzvendra Chahal, how well he bowled in the IPL, won the purple cap too – we haven’t seen that form in these two matches. The spinners’ role in T20 cricket is very important. If you (as a team) don’t put pressure and get wickets in the middle-overs, you end up conceding 70-80 runs in the last five overs.”

“And that’s what we’ve been seeing here. Axar Patel hasn’t been able to bowl economically and is being attacked so I’ll personally want them to try Ravi Bishnoi because a leg-spinner will give you better options,” Jaffer told ESPNcricinfo.

“Whatever the par score, India will have to score a bit more than that” – Wasim Jaffer

Jaffer also believes that the Indian team needs more than the par score considering how good the Proteas have been at chasing down targets. In the first game, they recorded their highest run-chase by making 212 while the second T20I was much easier.

“Even if India loses the toss, they’ll have to make an above-par score. The next match is in Vishakhapatnam which I feel will offer a better pitch. So whatever the par score, India will have to score a bit more than that.”

“The top-4 batters will have to play the first 13-14 overs and that too a bit aggressively because if you lose too many wickets in the powerplay or in the middle-overs, the lower-order is put under pressure,” he mentioned.

Taking the size of the ground also into the equation, it’s highly important for India to put up a good score on the board.

“That’s what we’ve been seeing. Even though India batted well in the first T20I, in hindsight it seems like they fell short by 10-15 runs there as well because it was a short ground,” Jaffer concluded.