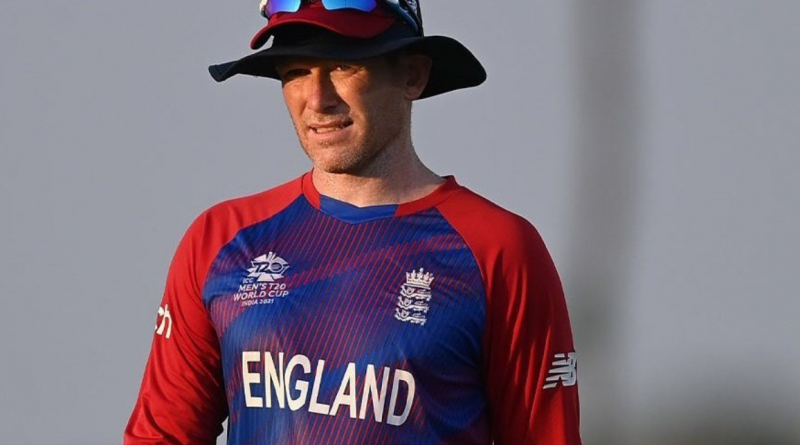 
England white-ball skipper Eoin Morgan has declared he will stop playing international cricket if he feels a lack of contribution from himself. Morgan stated that he would love to put a finishing date on his career, but wouldn’t want to be a burden on the team.

Morgan, whose batting form off late has been a discussion of debate, will lead a full-strength England team in three ODIs against the Netherlands and all focus will be on how he contributes to the England team with the bat.

Despite leading England to the 2021 T20 World Cup semi-finals, the southpaw played 16 T20Is in 2021 and averaged only 16.67, striking at 120. He had a similar run in the IPL 2021 for Kolkata Knight Riders as well, despite leading them to the final of the tournament in Dubai.

Speaking to Sky Sports, the 35-year-old admitted that his body is fragile; hence, he wouldn’t want to be a liability to the team.

He said: “I would love to say I am finishing here or there and that’s it,” he said. “I would love to work like that but the way my body is at the moment, I can’t work like that. If I injured myself tomorrow and it was going to be quite a prolonged injury then I wouldn’t be doing the team and myself any favours if I still held a commitment to finish at a certain point. If I don’t think I am good enough or I don’t feel I am contributing to the team, then I will finish.”

I Know I Will Come Back Into Form At Some Stage: Eoin Morgan

He was made captain of the England team in the aftermath of the 2015 World Cup debacle and in the gradual buildup, made England one of the most feared teams in ODIs and T20Is, leading them to the final of the 2016 T20 World Cup and finally to a maiden ODI World Cup title at home in 2019.

The Irishman played only two T20s in the five-game series in the West Indies earlier this year and scored only 30 runs.

Continuing with his statement, Morgan said: “That’s just the way I am and I hope that rubs off onto the team. Your leader doesn’t have to be selfless, they can be whoever he or she wants to be, but I feel this is a better way of doing things. I know I will come back into form at some stage. The cycle throughout my career has been a complete rollercoaster so it’s nothing strange.”