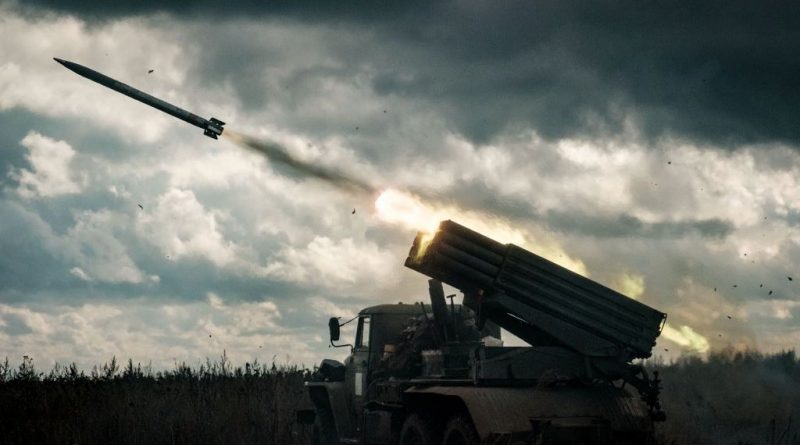 
When Vladimir Putin announced the mobilization of 300,000 reserve troops on Sept. 21 it was as close as the Russian dictator could come to admitting he is losing his unnecessary, barbaric, and immoral war against Ukraine. His “special military operation,” as he called the invasion last February, has been a disaster. Even the Russian defense ministry has admitted that over 6,000 Russian soldiers have died so far. Ukraine puts that number at more like 55,000 and that is probably closer to the truth.

Hence the queues stretching for miles at the country’s borders of Russian men of fighting age desperately trying to leave. According to Russian intelligence over 260,000 such men have left the country since Putin’s mobilization announcement but in truth that number is likely to be far higher and growing. Why would these men wish to stay and potentially be sent to face the horrors of war, becoming war criminals, corpses or both, simply to serve the interests of Putin and the gangsters around him?

The average Russian wants a war with Ukraine no more than the average American wants a war with Canada. But unlike Americans, Russians are not free and are not quite full citizens. They have courts that do not protect them or uphold the law but serve only the interests of the thieves who run the country. They have a parliament that does not represent them, in which any opposition is a sham and any genuine opponents of the regime are not allowed to stand. They do not possess arms with which to challenge this awful reality and secure such basic rights and freedoms.

It was not “the Russians” who came to Ukraine; it was Putin’s troops; not an “army”, but a mobster’s gang of thugs. That’s why despite their numbers and firepower, this rabble has often been humiliated by Ukrainian forces. But make no mistake—the only way to stop Putin’s invading mob is by force of arms.

Ukraine has a well-motivated army and population fighting for their very existence. But they are short on modern weapons needed to keep up the fight. Many people have died and are dying because of this. Yet when the U.S. and other Western powers do supply modern weapons and the know-how to use them, the Ukrainian forces have made them count, forcing the invaders back.

Read More: Putin Wants to Lock Ukraine Back in the Soviet Cellar

Now is not the time for the West to soften its resolve in the fight against Putin but to step it up. Putin will not stop until he is forced to stop. Some commentators talk of offering him an “escape ramp”—a way to enable him to declare victory and end the war. At best, they demonstrate a failure to understand Putin. At worst, they show a willingness to appease a fascist dictator for the sake of cheaper gas. Putin has no war aims that enable compromise, unless you are prepared to welcome a world in which a dictatorship can roll tanks unprovoked into a democratic neighbor to subjugate and occupy it.

Appeasement is not the American way. It would be a betrayal of the Ukrainians fighting for their freedom, a betrayal of the Russians held hostage by a crooked leader, and a betrayal of America’s highest ideals. The cost of supporting Ukraine may be high but the cost of failing to keep doing so would be much higher. Right now Ukraine needs more weapons. There is no country on earth better equipped to provide them than the U.S. and American leadership is as crucial as ever. The recent $625 million security assistance package is an important step but such support will need to continue until the job is done.

Putin will talk tough but we must not give in to the ranting of a bully on the back foot. The choice is simple: do you wish to live in a world of freedom and partnership or a world at the mercy of tyrants? If America is still America, then I hope it will maintain and step up its support for Ukraine.