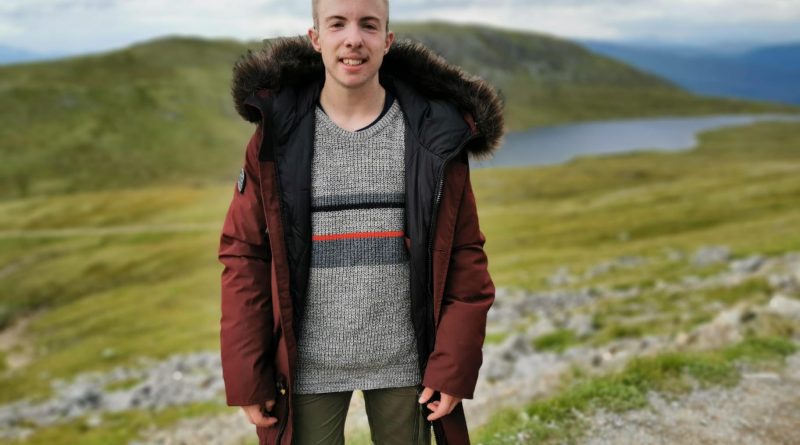 Charlie says the lack of trans models he had growing up has inspired him to make a difference for young trans people now. (Supplied/Just Like Us)

Charlie Middleton was relentlessly bullied at school for being different, but his life changed after he came out as trans.

Now, he’s an ambassador for Just Like Us, the LGBT+ young people’s charity, and working to make safe, positive spaces for young trans people today.

Secondary school was one of the toughest stages of my life. I had a positive outlook when I first started but this slowly dwindled down when I was bullied. It didn’t help that those people had consistent negative views around being LGBT+ and this really knocked my confidence.

It didn’t matter which school I went to, there was always someone ready to bully me. Every time I moved, I had a small ray of hope that there wouldn’t be a bully but the more we moved the more insecure I felt and that tiny bit of hope I was clinging to was diminishing pretty quickly.

I was laughed at, ridiculed, ganged up on, spat at – the list of the cruel things I was put through during this time goes on. And that was for just saying I liked girls. I felt incredibly scared, insecure and there were times that people made me feel that just my presence shouldn’t even exist. No one should ever have to feel that way.

Anti-LGBT+ bullying was rife at my school

Trying to figure out your identity is crucial to most people at some stage in their life and that doesn’t necessarily have to be with gender, but for some LGBT+ people it’s a major part of their lives – including mine.

I didn’t even have any knowledge of what transgender was, letting alone any luck finding trans role models growing up. I had a lot to learn myself, but over time I started to learn more and more about transgender people and the identities that exist.

I didn’t even have any knowledge of what transgender was.

When I look back now, the lack of knowledge of one of the main acronyms of LGBT+ is quite astounding to me. How was it that throughout my whole childhood and teenage years that I had never heard much about trans identity? Not having this basic understanding, not having these role models, not having a school free from bullying or anti-LGBT+ language all combined into an experience that really halted me being able to be myself.

Coming out for me wasn’t easy – in fact, like many of us do, I came out more than once. The older I got, the more frustrated I became with the way people saw me. I didn’t know how to explain that I felt like a boy, when people thought I was a girl. I never thought that people would see me any differently or that I would have the chance to transition.

When I did come out as a trans age 17, the people in my life that I cared about were very supportive. I was overjoyed because this was really beyond my expectations after the experiences I’d had at school. That small ray of hope which had diminished as a young person finally started to come back to life again and a huge weight was lifted off my shoulders.

My tough experiences growing up made me want to do something. The lack of trans role models gave me the motivation to make a difference for others like me and all the young people who could learn about allyship.

I would’ve loved having at least one trans person to look up to whether that was a friend, a famous person or just someone that I simply met as openly trans. I decided I wanted to take small steps to make positive changes and safe spaces for young LGBT+ people.

I am now an ambassador with Just Like Us, the LGBT+ young people’s charity, and that means I get opportunities to share my story with young people. I do talks in schools, and this helps non-LGBT+ people to become allies, to be aware of their actions and create those conversations. The more young people can learn about LGBT+ histories and the world around them, the more we can help to combat bullying and shape a positive future for young LGBT+ people.

I want to help more people understand that not every trans person identifies the same, that there is no one-size fits all since it’s a spectrum of many unique people. We don’t all have surgery, hormones or dress in a particular way – it’s entirely down to the person and how they feel most comfortable.

I want to help more people understand that not every trans person is the same.

Trans allyship just means being mindful of your language, respectful of people’s pronouns and taking the opportunity to educate yourself as you would with any other form of allyship. It sounds simple but it makes a world of difference.

Being trans is never anything to be ashamed of. Sometimes in a primarily cisgender world, coming out and being your true authentic self isn’t easy. To me, it doesn’t feel a coincidence that it is both Trans Awareness Week and Anti-Bullying Week and it’s a reminder of how much we need to do to support young people growing up LGBT+.

And remember – there’s always going to be someone who will support you. Wherever you are along your journey of coming out, self-acceptance or allyship, be kind to yourself and those around you.

If you are struggling with anti-LGBT+ bullying, please speak to Childline, Switchboard or Samaritans.