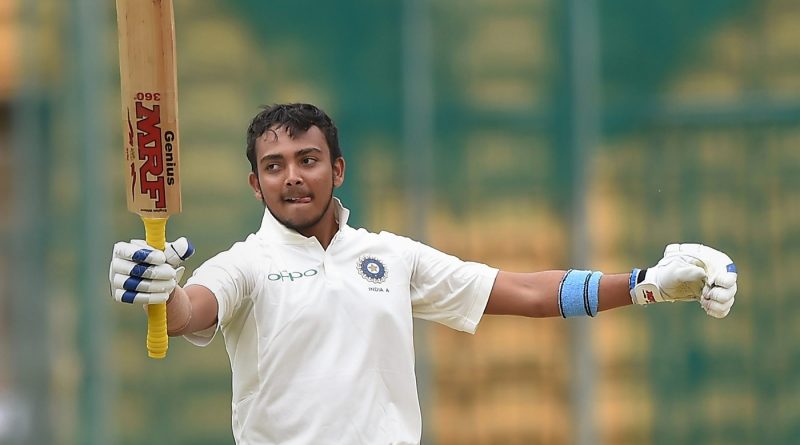 
Mumbai captain Prithvi Shaw is not concerned about his form and he said that his focus is on his team as he wants to make sure that his team perform well in the Ranji Trophy 2022 final.

The final of the marquee domestic competition, Ranji Trophy 2022, will see the battle between Mumbai and Madhya Pradesh, which is scheduled to commence on Wednesday, June 22. Mumbai have a lot of momentum on their side heading into the final as they have got in-form players like Sarfaraz Khan and Yashasvi Jaiswal.

Meanwhile, Mumbai captain Prithvi Shaw, who has not scored a century in the knockouts, has said that his focus is on all the players in the Mumbai team and it’s not just about himself.

“I have scored a couple (three) of fifties but that’s not enough for me for sure and no one even congratulated me after scoring a fifty and you feel bad as well (jokingly),” said the Mumbai skipper.

“It happens sometimes but I am glad that my team is doing well. As a captain, I have to think of all 21 players I have got here and not just about me. In cricket and in life, the graph always goes up and down and it’s never going to always go up. So it’s a just a matter of time that I middle those balls and get those big runs again. But right now, I want to ensure that my team is doing fine and is enjoying its game.”

Prithvi Shaw is nowhere near the India National Cricket Team right now as he has fallen down the pecking order after facing some fitness issues.

Shaw, who has played at least one game for India National Cricket Team across all three formats, has said that his main motive is to win the Ranji Trophy 2022 with Mumbai and the India comeback is not something he is thinking about.

“It’s nowhere near my mind you know comeback to the Indian team. Getting the Cup is my main motive and not thinking anything other than winning this one. The preparation what we have done for the Ranji Trophy and not focusing on what’s happening on the outside. It’s about winning the Ranji Trophy and getting those happy moments back,” Shaw said.

Also Read: Washington Sundar Signs Up With Lancashire; Deepak Chahar Out Of Action For Another 5 Weeks- Reports