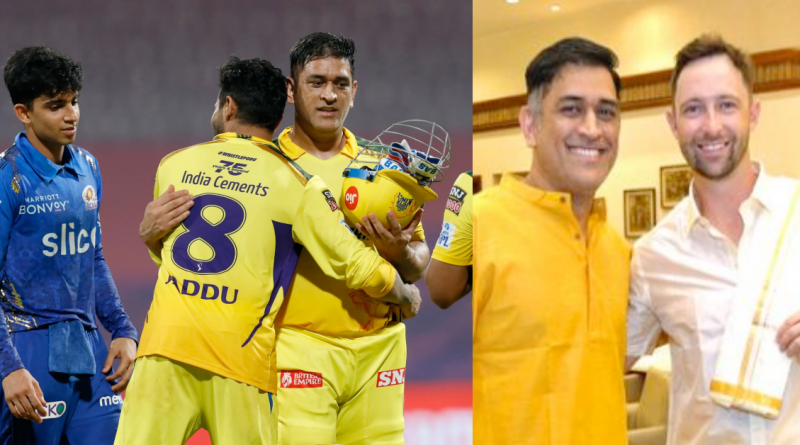 
Devon Conway made a stunning comeback for Chennai Super Kings (CSK) in the second half of the 2022 Indian Premier League (IPL) after missing a few games.

Conway made his IPL debut against Kolkata Knight Riders (KKR) in the season opener but was removed cheaply. However, the left-hander rebounded admirably, scoring three half-centuries in as many games and contributing significantly to CSK’s victories over Sunrisers Hyderabad and Delhi Capitals.

Conway lamented missing skipper MS Dhoni’s stunning finish against Mumbai Indians as he reflected on the season and spoke about his IPL experience. CSK lost a rush of wickets, and despite pursuing a 156-run target, the equation came down to 42 runs needed in the final three overs. In the next two overs, Dhoni and Dwaine Pretorius both got boundaries, bringing the total to 17 off the last 6.

Jaydev Unadkat removed Pretorius on the first delivery, and Dwayne Bravo, the replacement batter, took a single to give Dhoni the strike. In the remaining deliveries, Dhoni turned back the years, hitting 6, 4, 2, 4 to take CSK to a dramatic triumph, as MI suffered their seventh loss of the season.

“Dhoni is class, I really wished I was there in the dugout when he finished the game against Mumbai, to experience the feeling of Dhoni magic, I was cheering for every run during that match from South Africa, I won’t forget that day,” Conway said in a video shared by Chennai Super Kings.

Conway had missed the game live from the dugout because he had gone to Johannesburg for his wedding with his long-time girlfriend Kim. Conway was immediately put in under Dhoni after his return to India, and he was granted the captaincy back. Conway finished the season with 252 runs in 7 games and a 145.66 batting average.

The New Zealand batsman, who was born in South Africa, will play in the first Test against England at Lord’s this week.