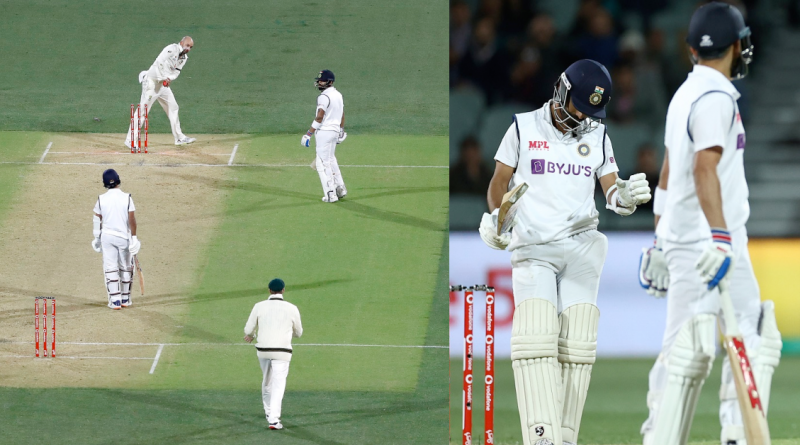 
Former India Test vice-captain Ajinkya Rahane and former India captain Virat Kohli were involved in a horrible mix-up that resulted in Kohli getting run out in the Adelaide Test between India and Australia during the Border–Gavaskar Trophy 2020-21.

During that match, Rahane was on strike and he was facing the Aussie attack with Kohli being on the non-striker’s end. Rahane played his shot and went for a single but soon he realised that the run can not be taken and he turned down the single and Kohli, who was halfway down the track, got run out.

Kohli was batting very well in that match and he got run out for 74. Also, then India captain, Kohli, had left the tour after that game for the birth of his child.

Speaking on Neeraj Pandey’s upcoming series, Bandon Mein Tha Dum, Rahane opened up on the incident and said that he can never forget that moment. He also revealed that he had immediately said sorry to Kohli after the run-out. He elaborated:

“I don’t think I can ever forget that moment. The ball hit my bat but I didn’t gauge how well I’d timed the ball. I thought it was an easy single and going for it was an instinctive call. I took a couple of steps forward and as I did, I saw the ball closing in and then eventually getting inside Hazelwood’s hands. I had to immediately say no and that’s when I knew that this was a terrible turning point in the game and that’s why I had that reaction. I immediately said sorry to him.”

Ajinkya Rahane, at the launch of the web series on June 1, had talked about the incident that happened in Sydney Test during BGT 2020-21 where Mohammed Siraj and Jasprit Bumrah were racially abused by the spectators. He said:

“When Siraj again came to me (after being racially abused by the spectators at Sydney), I told the umpires that (they) need to take action and we won’t play till then. The umpires said that you can’t stall the game and can walk out if you want. We said that we are here to play and not sit in the dressing room and insisted on getting the abusers out of the ground. It was important to support our colleague given the situation he had been through. What happened in Sydney was completely wrong.”