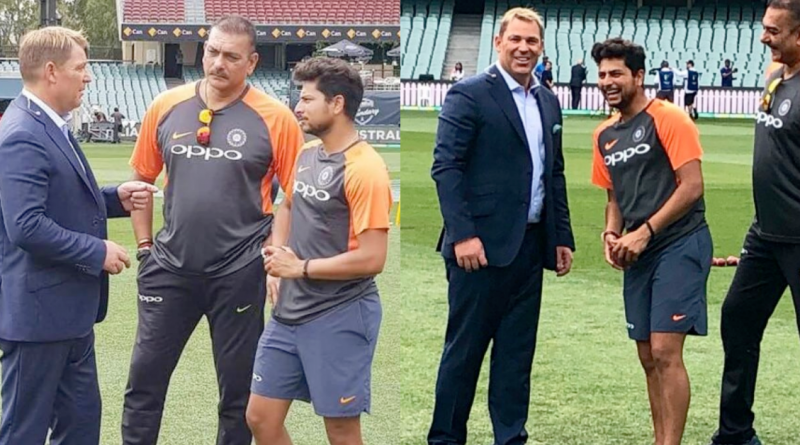 
Kuldeep Yadav, the Indian spinner, had a fantastic season in the 2022 Indian Premier League. Kuldeep was the most prolific wicket-taker for his Delhi Capitals team, with 21 wickets in 14 games.

The left-arm spinner was the season’s fourth-highest wicket-taker, making a stunning comeback in the competition following a difficult few years with the Kolkata Knight Riders.

After spending the previous eight seasons with the KKR, Kuldeep was selected by the Delhi Capitals for INR 2 crore at the auction.

Kuldeep was previously a prominent member of Team India in all three formats and was instrumental in the side’s remarkable Test series victory over Australia in 2018/19. Kuldeep only appeared in one game, the final Test in Sydney, but he took a five-wicket haul in the first innings (5/99) to put India ahead. Rain caused a draw, and India went on to win the series 2-1.

During the tour, the spinner spent a lot of time talking to Shane Warne, the late Australian great, and Kuldeep said that Warne gave him a pep talk before the final Test in Sydney.

“Before the match started, we met in the tunnel. He put his hand on my shoulder, and said, ‘I’ll be in the commentary box. I want to see you smiling out there, I don’t care how you bowl. I just want to see a smile on your face. So, all I tried to do out there was to smile. And because I was there with a positive mindset, I performed well as well. I dedicated my performance to him after the game, he has been my idol,” Kuldeep told Sports Yaari.

“He was out there, sitting in the box. And I had taken five wickets. It was a big moment for me. I learned by watching him play,” Kuldeep further added.

Kuldeep will play in the forthcoming T20I series against South Africa, which starts on June 9th.