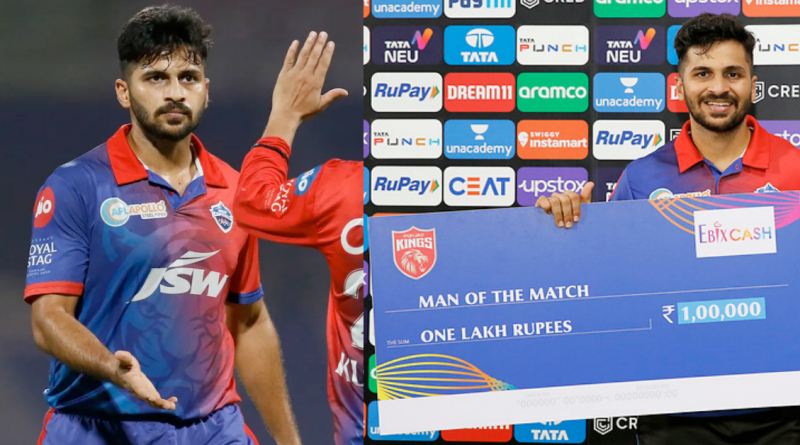 
Shardul Thakur hasn’t had the best of IPL seasons as yet.

Before playing against Punjab Kings on Monday he had taken only 9 wickets from 12 games and his economy was on the higher side too. He has given away runs at more than 9 per over in IPL 2022.

But on Monday things changed for Thakur as he delivered a player of the match performance for DC in an important clash with PBKS.

6th Over Was A Big Over Where I Got Two Wickets: Shardul Thakur

Delhi while batting first had scored only 159 runs. It was by no means a par total but Thakur and other bowlers did well and restricted Punjab to 17 short off the target.

Thakur picked up 4 wickets in the game. This included the wickets of Shikhar Dhawan and Bhanuka Rajapaksa in the last over of the powerplay. Those two wickets in the 6th over put Punjab on the backfoot after a good start.

Thakur then returned in the slog overs to pick the wickets of Jitesh Sharma and Kagiso Rabada. Sharma’s wicket was crucial as it came at a time when it looked like Jitesh would take the game close to DC. But a brilliant catch by David Warner in the deep ended his innings.

Kagiso Rabada came and hit a six to Thakur but he was dismissed one ball later as he tried to muscle one down the ground. Thakur would have gotten his first 5-wicket haul in the IPL had Warned not dropped a simple catch in the last over of the match.

Thakur in the post-match presentation said, “I always like to perform in crunch times, the last two games were important and I always feel happy when I rise on the right occasion. The 6th over was a big over where I got two wickets, they were cruising and in both innings, fast bowlers were going for runs in the powerplay and as soon as the powerplay ended, the runs stopped. The spinners came in and did a good job. As a bowling unit, we were trying it hit good areas, but after the 12th over there was dew which is why we did not bowl Kuldeep Yadav. I’m preparing well and whenever I got the chance, trying to put some score and hoping I will continue my run with the bat,” he added.

This win has kept DC still in the hunt for a spot in the playoff.