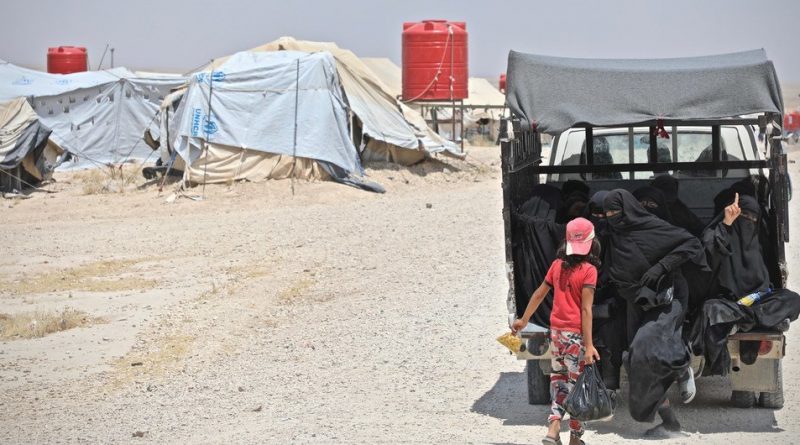 
The region is in the grip of a severe water crisis in all aspects – from drinking water, to irrigation, food production, and power generation – which is having an impact on health and livelihoods.

Areesha camp in Al-Hasakeh, like most #IDP camps in #Syria, has many urgent needs – from lighting to children’s clothes to fuel. With resources increasingly limited, we must do more with less, and prioritise the most critical needs. Solutions for IDPs to return home is best. pic.twitter.com/W9DFmKnIwS

He reaffirmed the UN’s commitment to comprehensively address the crisis, and with all parties concerned, both in the immediate term and in seeking longer-term solutions.

‘Break the cycle of poverty’

Mr. Riza visited multiple projects in Al Hasakeh and Ar-Raqqa Governorates, and met with the Governor of Al Hasakeh, Dr. Louay Sayyouh, to discuss humanitarian priorities and how to best address them.

The senior official also visited several camps for internally displaced people (IDPs), including Areesha camp in Al Hasakeh and Mahmoudli in Ar-Raqqa, where women and children comprise more than 80 per cent of the population.

He spoke to residents about their experiences, intentions and needs.

“It is clear to me, having visited and spoken to communities both in and out of camps, that the path of early recovery and resilience we are pursuing is the right one. Without sustained access to services and livelihoods, it will not be possible for families to break the cycle of poverty and crisis and live their lives in dignity,” he said.

Addressing the complexities of the populations at Al Hol and Ar Roj camps, Mr. Riza also discussed efforts by the Iraqi Government to repatriate nationals there, including medical and vulnerable cases.

He called for countries that have women and children nationals in these camps to urgently find ways to repatriate those who wish to return home, in addition to advocating for action to encourage the return of displaced Syrians.

Mr. Riza expressed concern about increasing levels of violence among residents of Al Hol camp., At least 26 people have been murdered so far this year, including three this week.  Twenty of the victims were women.

Criminality, gender-based violence and attacks against humanitarian workers are also commonplace in the camp. While the humanitarian community has developed a strategy to address these challenges, it is currently $45 million underfunded.

Against this already worrying backdrop, Mr. Riza also expressed alarm over the recent rise in military activity in the north, including drone strikes and shelling, which has resulted in civilian casualties.

These operations have already led to heightened anxiety and sparked some movements, and continuation will lead to further displacement.

Mr. Riza reminded all parties of their obligations under international humanitarian law and urged them to take all necessary precautions to avoid further hostilities, stressing that a political solution and increased humanitarian assistance are needed, not more military operations.

While in the region, the Humanitarian Coordinator and his team were also taken to projects that support women and children, including an immunization centre in Raqqa city. They also visited a number of health points in the IDP camps and mine awareness activities for children.