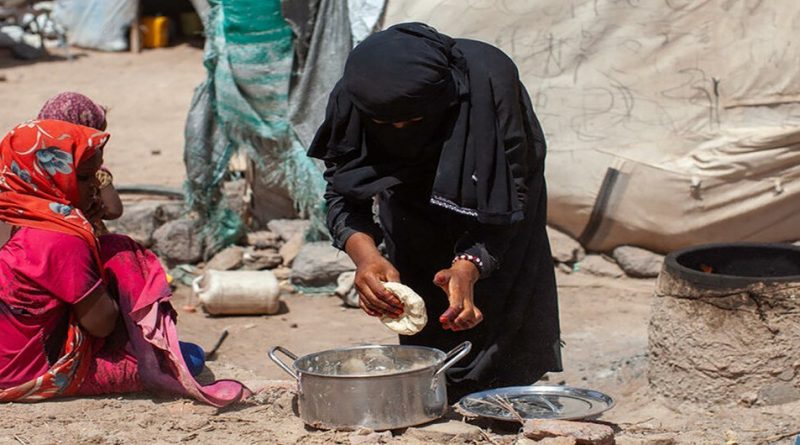 Malnutrition rates among women and children are among the highest in the world, with 1.3 million pregnant or breastfeeding women and 2.2 million children under five, needing treatment for acute malnutrition.

On the heels of more than seven years of conflict, a UN-sponsored truce this April has led to a drop in civilian casualties and paved the way for much-needed fuel supplies to enter the country. The UN has called for the renewal and expansion of this truce, which so far is still holding.

“Though important progress has been made since the start of the truce, enormous humanitarian needs remain in Yemen,” said Ms. Msuya, who has been talking to different communities during her trip, seeing conditions first hand.

Aid for the long haul

“There is no doubt: without continued commitment from donors, millions of people will go hungry, and the lives of millions of malnourished children will be put at risk,” she said. “This is a critical time for Yemen and humanitarian donors cannot take their foot off the pedal.”

“It was extraordinarily inspiring to see the work that the humanitarian community is doing here,” Ms. Msuya said. “I am deeply grateful to all humanitarian workers who are doing everything possible to help displaced people and host communities.”

She also met displaced women and girls who spoke to her about gender-based violence, being forced into early marriage and the lack of privacy and safety. Aid agencies have provided livelihood opportunities for many of these women, who are often the main breadwinners of their families.

War ‘destroyed everything we owned’

Amal, who has been sheltering with her family in Al Sumyah site in Marib, has been uprooted four times in the past seven years. “The war destroyed our livelihood and everything we owned,” she said, emphasizing that her community requires livelihood opportunities and support for children’s education.

Some 4.3 million have been displaced since the conflict in Yemen escalated in 2015. Most people who fled violence have been displaced for many years and many have been forced to move multiple times. Since April, an additional 160,000 people have also been uprooted by torrential rains and flooding across the country.

In Hudaydah, Ms. Msuya visited the UN-supported Al Thawrah Hospital, where she met children and adults injured by mines and unexploded ordnance. Over the past six months, landmines and other explosive hazards have become the most common cause of conflict-related civilian deaths or injuries.

Three weeks ago, Yousef, 17, was walking to his home in the Al Mandhar area when he stepped on a landmine. He lost his left leg.

“We hope that all these mines will be cleared,” said Yousef’s brother. “We don’t want this tragedy repeated.”

The deputy chief for humanitarian affairs also visited the hospital’s malnutrition treatment ward, where she spoke with mothers of malnourished children and saw the different ways humanitarian agencies are supporting women and children.

Ms. Msuya also met Safie, a displaced widow in her fifties, forced to flee her home six years ago. She lost her mother, sister and brother in the same month.

“My sister died from birth-related complications because we couldn’t afford the treatment,” Safie said.

“Everywhere I went, people told me they desperately wanted jobs so they could support their families, as well as access to healthcare, clean water and schools”, said the deputy relief chief. “We need development actors to step in to help authorities provide these services; humanitarians cannot do this alone.”

Ms. Msuya said the two most effective ways to reduce humanitarian need in the country, were to build a sustainable and inclusive peace, and get the decimated economy back on its feet: “Without these, the drivers of the humanitarian crisis will persist and people will continue to suffer”.