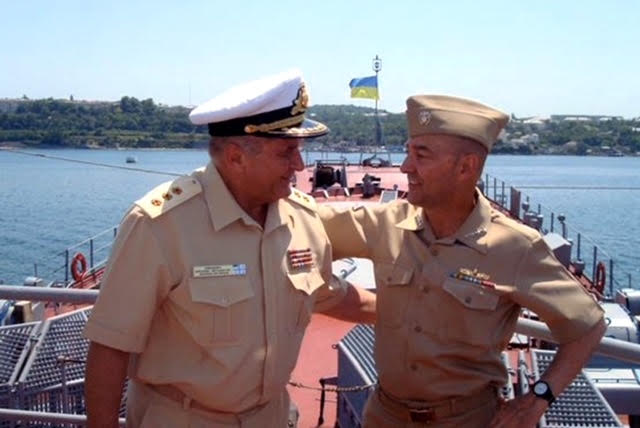 
It has been a striking week of progress for Ukrainian forces in a war that had appeared to be in a grinding stalemate. In a dual-axis offensive, Kyiv’s forces have suddenly conducted a near-blitzkrieg level operation in the oblast of Kharkiv, near Ukraine’s second largest city, that has resulted in retaking over 6,000 square km of territory seized by the Russians since the start of the war in February.

Most military analysts in the west were pleasantly surprised, while there has been rumblings of real discontent among even the most ardent supporters of Vladimir Putin in Moscow. What happened, and will Ukrainian successes continue as the fall unfolds?

First and most importantly, the massive weapons systems delivered to the Ukrainians by the U.S. and our NATO allies are now having decisive effect on the battlefield. Most dramatically, the High Mobility Artillery Rocket System (HIMARS) is confounding Russian defenses. It allows extremely precise destruction of critical Russian logistic nodes, negating the advantage Moscow has in conventional artillery pieces.

But beyond HIMARS, there are a plethora of modern NATO military systems which the Ukrainians have quickly mastered, ranging from air defense systems protecting Ukrainian forces on the ground to high tech missiles that can destroy Russian aircraft and radars. While NATO has thus far declined to transfer high speed jets to the Ukrainians (discussions continue concerning both MIG-29s and F-16s), the airspace over much of Ukraine remains contested, taking away another critical advantage Russia assumed it would have.

The ground campaign has been significantly aided by the transfer to the Ukrainians of highly capable small unmanned offensive aircraft, including for the Switchblade “suicide drone” and other variants that have led to the destruction of numerous Russian tanks and armored personnel carriers. Conventional howitzers and massive transfers of ammunition for them, alongside body armor, communications gear, and combat vehicles are helping inflict tens of thousands of casualties (as high as 80,000) on Russian forces. This has also cratered Russian morale, leading to reports of Russian forces simply abandoning their positions and fleeing the battlefield.

At sea, western assistance has made the Russian Black Sea Fleet extremely wary, particularly after the sinking of their flagship, the Moskva several months ago. A combination of maritime drones and medium-range cruise missiles prevent the Russians from attempting any amphibious assault behind Ukrainian lines. Without the maritime assistance, the massive port of Odessa—the last significant lifeline to international markets for Ukrainian exports—would be at risk.

Read More: Ukraine Is Our Past and Our Future

Tying it all together in terms of equipment has been a steady infusion of two other crucial elements in the Ukrainian successes: training and intelligence.

As Supreme Allied Commander at NATO a decade ago, I spent time with the Ukrainian armed forces, and they were hungry to learn. Over the intervening years, a steady drumbeat of military exercises—in the air, at sea, and ashore—have gradually improved the Ukrainian’s ability to operate alongside NATO units and quickly adapt to the war they face today. Above all, this training has given the Ukrainians the ability to do what the Russians have failed at so miserably: provide a steady flow of ammunition, food, fuel, and communications forward; and to conduct “combined arms” operations which knit together close air support, artillery, tanks, and infantry maneuver.

The author (right) with Admiral Viktor Maksymov who was Commander of the Naval Forces of the Ukrainian Armed Forces from March 2010 until June 2012.

But perhaps the most important element of western support has been providing exquisite intelligence and very useful advice to Kyiv. While U.S. intelligence is far from perfect, it has been able to give the Ukrainians long-dwell assessments of Russian positions, vulnerable logistic nodes, troop and armor movements, maritime dispositions of the Black Sea Fleet, and a sense of general Russian intentions. This has been coupled with steady, sensible military advice from the NATO commands with whom the Ukrainians are very comfortable working, notably the U.S. and the U.K.

All of that has been vital, but the real reason the Ukrainians are succeeding cannot be measured in terms of technology, ammunition, or even intelligence. At the heart of their success is an absolute determination to win. On the front lines of this war are soldiers who know that behind them are their children, their elders, their cities, and their civilization. They are led by an inspirational figure, Volodymyr Zelensky, who seems to appear everywhere on the battlefield.

Across the lines are Russian troops who in many cases have no idea why they are embroiled in a vicious war of aggression against a nation they regarded as a partner and friend not many years ago. Many are conscripts, the competence of their generals is clearly questionable, and their losses are staggering. Their leader in Moscow, Vladimir Putin, cannot sensibly explain the reason for the carnage in which they find themselves trapped.

There are many twists and turns ahead in the Ukrainian War, and Russia still has ugly cards to play—massive attacks on civilian population centers, destroying critical infrastructure, individual assassinations, and war crimes to terrorize the population, chemical weapons, cyber-attacks. At the dark end of the spectrum is the use of a tactical nuclear weapon.

But given the confluence of high-tech equipment, conventional weapons, intelligence, and military advice—coupled with the fighting spirit of Zelensky and his armed forces—I would not bet against the Ukrainians. Their advances will likely continue as the autumn unfolds toward an as yet uncertain conclusion to this terrible war.