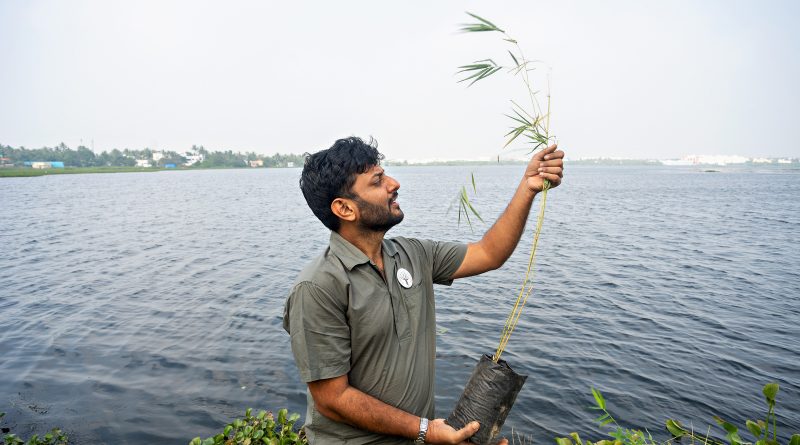 
When Arun Krishnamurthy was a child in the 1990s, his middle-class suburb in Chennai, India, was only half built. He didn’t have to wander far from his house to find green fields and lakes, where he would spend hours alone watching frogs and dodging snakes.

Krishnamurthy, now 36, was lucky. Since 2000, India’s population has grown by nearly a third, and its economy has more than quintupled. Those booms have put immense pressure on the country’s natural areas, he says. More than 70% of surface water in the country is polluted, largely because of the poor management of industrial and domestic waste. And green space is hard to come by in cities: Chennai has just 4.9 sq. ft. of open space per resident, per a 2018 study. (A separate 2019 study says New York, the worst performing major U.S. city, has 146 sq. ft.) “We’re at a really critical juncture now,” Krishnamurthy says. “How do we sustain India’s development, and make sure all our fellow human beings are taken care of, with minimal damage to nature?”

Krishnamurthy started trying to answer that question at 20. He organized a group of friends and neighbors to clean up a polluted pond in Chennai, fishing out plastic bags and other trash. From there, it snowballed. He began building a network of volunteers, which turned into the Environmentalist Foundation of India (EFI). Today, EFI has some 20 full-time staff, and works with 60,000 volunteers every year. Using funding from corporate philanthropy in India, EFI has cleaned 185 lakes, adding filtration and aeration systems to tackle pollution and harmful algae growth, as well as new land formations to encourage wildlife.

By 2025, Krishnamurthy wants EFI to be working in all of India’s 28 states (it currently operates in 16), and to launch nature-restoration projects in Sri Lanka, Bhutan, and Bangladesh. His ambition, he says, stems from a realization he had as a teenager, when he saw the destruction of nature in his city. “All of us keep waiting for somebody: ‘Will there not be one person who will come and prevent all of this?’” he says. He felt helpless. “But then I thought, ‘You can’t change the world. But you can change where you are.’”