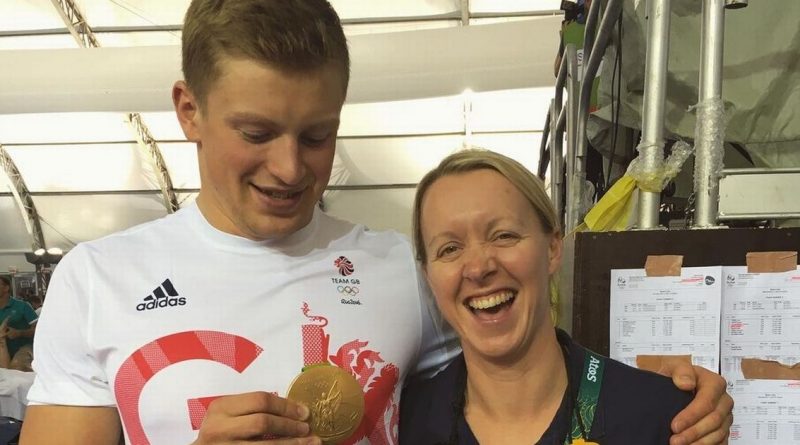 ‘Mel didn’t find that person to constantly push her. She knows first hand what a difference that can make and she will make damn sure she is that person for her athlete’

Peaty and Marshall after his first Olympic gold medal in Rio (

On the night Adam Peaty became Olympic champion for the first time a text popped up on his phone.

“I have seen many from this point lose sight of who they are through success,” it read. “Promise me one thing. Stay true to who you are.”

The message was sent by his coach Mel Marshall and she was not done.

“Continue to be a son your mum will be proud of,” she added. “A friend your friends can rely on and a role model for the sport we are lucky enough to work in at the highest level.

“You have the potential to do great things in this world, go beyond the norm and potentially shape great change.”

Fast forward five years and Peaty has done as asked.

He is the first British swimmer to retain an Olympic title and he has a strong chance of two relay medals this weekend.

Anyone can see that he is a standout athlete. But those in the know will tell you the reason for that does not lie solely with him.

It can be traced back to the Olympics of 2004 and to the disappointment of a swimmer, ranked No.1 in the world, who did not get what she came for.

Marshall had arrived in Athens “over-cooked”, as she put it. The balance of her preparation was wrong, it hurt her performance and a chance of a lifetime passed her by.

There were tears but there were also lessons learned which she has applied to every step of Peaty’s journey since she began coaching him 12 years ago.

“As much as she had great coaching at times she didn’t have the coach-swimmer relationship that she and Adam have. She didn’t find that person to constantly push her.

“She knows first hand what a difference that can make and she will make damn sure she is that person for her athlete.”

Adam Peaty reveals inside story behind Olympic triumph everyone took for granted
Rebecca Adlington: Why Adam Peaty is a racing certainty to make Olympic history

You can hear her influence in the way Peaty framed the challenge of last week’s 100m breaststroke final as “just two lengths of the baths”.

She had uttered pretty much identical words in Beijing when the lessons of Athens had been learned and she had found the right headspace.

“Mel is a key player, always has been, in what I do,” said Peaty, who powered Britain to a European record in qualifying for tomorrow’s 4 x 100m mixed medley final.

“You’ve got to be relaxed to get the best performance as if you get tense and too busy thinking about what other people are doing you’ve lost your game.

“Going into Tokyo Mel knew exactly what I needed. It meant, honestly, it was probably the most relaxed run-in to any championships I’d had.”

Adlington says that is because Marshall has the knowledge but is also willing to constantly learn, adapt and grow.

She doesn’t let ego get in the way and, crucially, makes it fun as well.

“You need that in high intensity sport,” Adlington added. “You have to remember this isn’t life or death. We’re not performing heart surgery.”