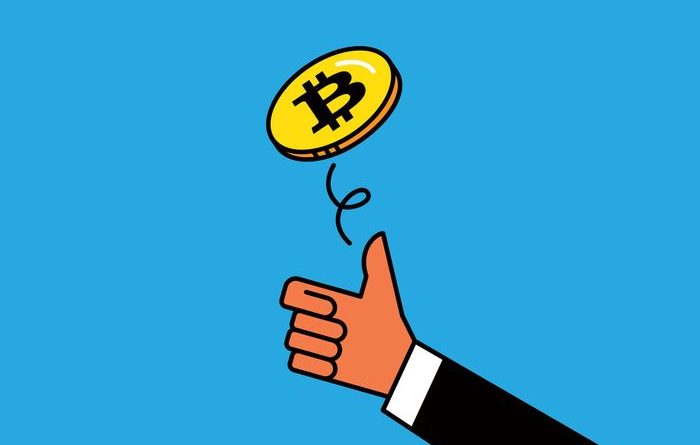 Has the plunge gone too far? Bitcoin’s relative strength index implies that the token is oversold, indicating it’s ripe for a bounce. Key support levels, such as its 200- and 50-day moving averages, have long been breached, indicating further downside ahead. Some analysts see a floor at $33,000, though $29,800 is also credible; Bitcoin fell that low in July, then rallied to nearly $70,000. “A lot of investors would back up the truck and open their checkbooks at prices around $29,000,” says Sean Farrell, head of digital asset strategy at Fundstrat Global.

Mike McGlone, senior commodity strategist at Bloomberg, says Bitcoin isn’t far from the 50% discount to its 200-day moving average that marked low points in 2018 and 2020. He notes that $30,000 is a “key support,” and that institutional holders have swooped in at that price. “I would see the tide rising at that level,” he says, expecting Bitcoin to eventually rally to $100,000.

Wilfred Daye, head of Securitize Capital, a digital-asset marketplace, also sees support at $30,000. But if Bitcoinfalls further, its next stop could be $27,000. That’s generally the breakeven price for Bitcoin miners, who receive new coins for processing transactions. What happens if Bitcoin drops that far? “That’s a very scary thought,” he says, since it could usher in another “crypto winter,” a long stretch of deeply depressed prices.

Stocks fell as the week began, but soared at lunchtime, with indexes posting gains at the close. But a rising VIX ruled the markets. Bitcoin fell beneath $33,000, then rallied. Eager dip buyers got crushed as stocks plunged, putting indexes in correction territory. Stocks rose as the Federal Reserve met, then sold off, then furiously rallied on Friday. On the week, the Dow industrials miraculously ended up 1.3%, to 34,725.47; the S&P 500 rose 0.8%, to 4431.85; and even the Nasdaq Composite eked out a gain—0.01%—to 13,770.57.

Fed Chairman Jerome Powell took a hawkish stance after the rate-setting meeting, saying that there was room to raise rates “without threatening labor markets” and that rates could rise at the March meeting. U.S. growth in 2021 came in at 5.7%, inflation at 5.8%.

posted its best sales growth in a decade on its cloud business,

took a write-off but had its first positive cash flow since 2019, and

had a decent quarter with some supply-chain bumps.

earnings rose on its Covid-19 vaccine,

on upbeat revenue projections. Tesla had a record quarter, but warned of supply constraints.

Supreme Court Justice Stephen Breyer, 83, said he was retiring, ushering in another confirmation war. President Joe Biden said he would name the first Black woman to the court.

The United Kingdom claimed that Russia had tapped a pro-Russian Ukrainian to lead a puppet government, the U.S. placed 8,500 troops on “high alert,” and both countries told embassy families to exit. The U.S. and Europe talked sanctions, including kicking Russia out of Swift, the Society for Worldwide Interbank Financial Telecommunication. The U.S. asked Qatar, a major liquefied-natural-gas exporter, to help if Russia cut off European energy. By week’s end, Russia thawed slightly.

Nelson Peltz’s Trian Partners took a stake in Unilever, after its failed bid to buy

then announced that 1,500 managers would be cut and the company would be restructured into five units…Blackwells Capital took a stake in

Peloton Interactive
,
and urged the ouster of CEO John Foley and a sale of the once-hot pandemic stock…Engine Capital supported a $9 billion Starboard Value bid to buy

was winding down its Diem crypto project…Bloomberg reported that

was quietly preparing to drop its regulatory-challenged acquisition of

Write to Daren Fonda at daren.fonda@barrons.com