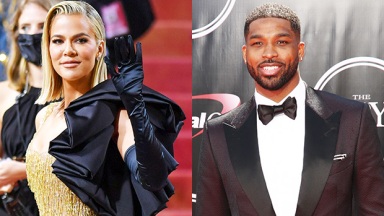 
Even A-listers like Khloé Kardashian are not immune to the awkwardness of running into your ex at a party. Such was the case on Sept. 10 when both Khloé, 38, and Tristan Thompson attended Beyoncé‘s disco-themed 41st birthday party. Khloé didn’t invite Tristan, 31, to the party, a Kardashian source tells HollywoodLife EXCLUSIVELY, “but she also did not tell him not to come. They run in the same circles, so it is inevitable that they are going to be at the same places together at the same time.”

“Khloe expected this because she had introduced him to all her friends when they were together,” the insider tells HollywoodLife, “and he had introduced her to all of his friends. So, inevitably, they became friends with each other’s friends. Tristan being at Beyonce’s did not phase her though. She was herself, and she really had no concern about him whatsoever. They each did their own thing there, and they arrived and left separately. It was nice for her to get a night out on the town to have fun beings she has been home with the two kids so much lately.”

Khloé and Tristan welcomed their second child via surrogate on Aug. 5, months after they split in the wake of Tristan fathering another child with Texas trainer Maralee Nichols. Despite all the months of awkwardness, Khloé wasn’t shaken when she saw Tristan at the party. “Tristan coming to Beyonce’s didn’t affect Khloe in any way,” a second source tells HollywoodLife EXCLUSIVELY. The KarJenner insider says that despite all the bad blood and betrayal between Khloé and Tristan, she has “made it a priority to maintain a happy and healthy co-parenting relationship with him.”

“He can do whatever he wants if he’s a good, present father to their kids,” the KarJenner insider added. “Khloe felt amazing about herself and had no problem mingling with anybody and everybody. She didn’t go out of her way to avoid Tristan because that would have kind of been impossible to do so when they were at the same place with the same people. She knew he was invited and that he was going, and she didn’t care either way.”

In an Aug. 30 interview with Elle, Khloe spoke about being a mother of two. “I know it’s cliché, but I love everything, even the hard parts,” she said. She said her kids “challenge me as a person, and being able to shape little people into really incredible big people is an honor and a gift. We have to take those roles seriously, especially in today’s day and age, with how much accessibility children have and the information they’re exposed to so young. It’s super scary, but I take my job very seriously.”