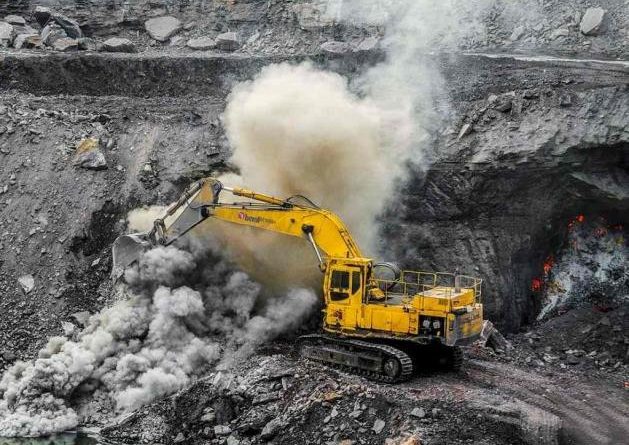 PARIS, Oct 26 (IPS) – With COP 27 approaching, pressure is mounting on wealthy countries to increase their support to poorer ones in the face of climate change. The recent floods in Pakistan have amplified this issue.  China, as the world’s second largest economy, will similarly face increasing pressure to help other developing countries on climate.

At last year’s COP, the Asian Development Bank (ADB) unveiled an innovative program to fund the early retirement of coal power plants by mobilizing capital to buy-out the investors in these plants. This approach has an interesting, and potentially even easier, application to the coal plants financed by China in Pakistan and elsewhere overseas under its Belt and Road Initiative (“BRI”).  The key to unlocking this, somewhat surprisingly, lies in the dominance of China’s state-owned companies in BRI transactions.

In 2015, Beijing and Islamabad launched a program under the BRI to build a series of new power plants in Pakistan.  Over the next five years, five coal plants were commissioned and there are currently an additional four plants under construction. These plants are largely being developed by Chinese energy firms with loans from Chinese banks and financiers … companies that are all mostly owned by the Chinese Government.

Beijing has repeatedly been criticized for the BRI’s funding of new coal power plants considered to exacerbate the climate vulnerabilities of the countries where these projects are being built, like Pakistan.  Even as President Xi pledged last year to stop building new coal-fired power plants abroad, there has been an increasing understanding that achieving the temperature goals of the Paris Agreement — and reducing the type of climate devastation experienced by Pakistan – requires not only slowing new construction, but also retiring existing coal power plants early, worldwide.

In response to this challenge, the ADB announced the Energy Transition Mechanism which includes an initiative to buy out existing coal investors to shutter their plants early and thereby avoid the attendant future emissions. Typically, this would involve mobilizing international financing from multilateral development banks, climate funds, etc. to compensate the private sector investors in these plants.

Interestingly, the dominance in the BRI’s overseas projects of China’s state-owned companies creates the opportunity for the Chinese Government to apply the ADB mechanism in a streamlined manner — under what could be called the “BRI Clean Energy Transition Mechanism”. How might this work?  Some initial ideas follow.

As noted above, Chinese state-owned financial institutions are the major lenders to the BRI coal power projects in Pakistan. Similarly, Chinese government-owned energy firms are the dominant coal plant owners.  It is the financial interests of these various Chinese state-owned lenders and other enterprises (SOEs) that would be affected adversely by any early retirement.

Consequently, under the proposed mechanism, China would be compensating its own SOEs for the revenues they would lose in the future from the early plant retirements in Pakistan. In essence, China would pay itself.  This is a unique feature of this BRI coal retirement program that flows from China’s reliance on its own SOEs … and it presents several operational and financial advantages.

What are some possible motivations for Beijing to launch this type of initiative?

First, it provides a mechanism for China to respond to the increasing pressure it is facing as the world’s second largest economy to help poorer developing countries meet their climate and sustainability challenges. China’s status as the world’s largest emitter of greenhouse gases amplifies this pressure.

Second, the ability to launch an international climate program that does not require China to disburse funds for the next several years — and, when it does so, to pay its own SOEs — may appeal to the Government, particularly given the current domestic economic stress.  This is consistent with other debt-for-nature swap programs advanced by other donor countries where the financial cost to the donor is from foregone revenues, not new funding.

Moreover, the loss in revenues for China and its SOEs from the early BRI coal plant retirements would only take place in 2030 when China’s economy should be markedly larger and more capable of absorbing the expense.

Finally, there is an argument that to the extent the ADB and BRI approaches retire the same type of coal capacity with the same climate benefits, China’s inducements to its SOEs to retire BRI coal assets early should be counted as international climate financial support (e.g., a type of “synthetic carbon credit”) just as actual monetary transfers to private sector investors would be recognized with respect to an ADB coal retirement transaction.

Importantly, Pakistan and other BRI developing countries will need even more electricity to power their economic development. Consequently, the BRI Clean Energy Transition Mechanism needs to include additional funding for new renewables power generation capacity (as is the case under the ADB’s approach).

Helping BRI-recipient countries to transition from coal to renewables would also support international efforts to reduce emissions — efforts whose importance for Pakistan and various other developing countries has been made abundantly evident by the devastating weather they have been experiencing.

The extreme climate events of 2022 have increased awareness regarding the vulnerability of poorer countries to climate change and the consequent importance of reducing future emissions.  This article sets out a proposal for how China could retire BRI coal plants early in Pakistan and elsewhere that capitalizes on its use of state-owned companies, while supporting more renewables in these countries to reduce the climate change threat and promote sustainable economic growth.

Philippe Benoit has over 20 years working on international energy, climate and development issues, including management positions at the World Bank and the International Energy Agency. He is currently research director at Global Infrastructure Analytics and Sustainability 2050.

How China Can Retire Coal Early in Pakistan and Elsewhere Through the BRI, Inter Press Service, Wednesday, October 26, 2022 (posted by Global Issues)