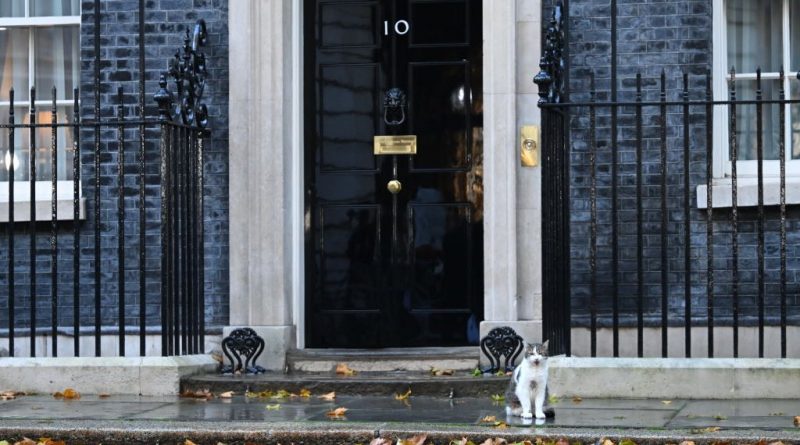 
Following Liz Truss’s resignation on Thursday, in which she became the country’s shortest-serving Prime Minister in British history, the country once again finds itself in need of a new leader. And this time, it won’t be waiting months to find out who that person is going to be.

Unlike the last leadership contest, which spanned eight weeks, Conservative officials said that the process for determining Truss’s successor as party leader—and therefore Prime Minister—would last only a week and conclude by Oct. 28. Typically, a Tory leadership contest would involve campaign events (also known as “hustings”), televised debates, and a formal vote among the party’s roughly 200,000 dues-paying members, who act as the final decision-makers. But this time, the process will be streamlined—likely with fewer such events and debates, if they happen at all. The members’ vote will be conducted online.

That, of course, is if the contest goes to a members’ vote at all. According to the updated Conservative Party rules, all candidates will require the backing of at least 100 of their lawmakers in order to be nominated—a threshold considerably higher than past contests, the most recent of which featured nearly a dozen leadership contenders. While it is conceivable that at least three Conservative candidates could emerge with 100 supporters each (the party has 357 MPs), a runoff could be avoided if only one contender achieves the requisite support.

Whether the contest goes to a members’ vote will have a substantial impact on its outcome. That’s because, in terms of politics and overall makeup, Conservative members are largely out of step with the wider British electorate, as well as with many of their parliamentary representatives. As a group, they tend to be older, wealthier, and whiter than the rest of the country. They also tend to be more ideologically right-wing. It’s for this reason that candidates such as Truss, who campaigned on a platform of slashing taxes, and Boris Johnson, who was seen as synonymous with Brexit, were considered darlings of the Tory grassroots—until they weren’t. If the next vote were put to Conservative members, polls indicate that Johnson would be the top choice.

Read More: Britain’s Conservative Party Can’t Get Its Act Together

Unlike members of the opposition Labour Party, who have a nominal role in Labour’s policy making during its annual party conference, selecting the party’s leader is one of the sole ways in which grassroots Conservative members wield influence. Should the party choose to bypass them, as some lawmakers have suggested they could, “They might think, ‘What the hell am I going to be a member for?,” Anand Menon, the director of the U.K. in a Changing Europe think tank, tells TIME. Such an outcome would not only mean a decline in Conservative membership, which has already declined substantially over the past several decades, and the revenue that comes from it, but a loss of power and influence at the local level. “You need members because they’re the people who go around doing your canvassing for you.”

Should Conservative lawmakers choose to unite around one unity candidate, then Britain’s next Prime Minister could be decided as soon as Monday. Among those believed to be in contention is former finance minister Rishi Sunak, who unlike Truss was the first choice among Conservative MPs during the last leadership contest. Another is defense secretary Ben Wallace, who opted against contesting the last leadership contest despite being tipped as an early favorite among party members. While Johnson is considered the favorite to succeed Truss among Conservative members despite having resigned in disgrace over numerous ethics scandals just a few months ago, it’s seemingly unlikely that the former Prime Minister will attract enough support among his fellow lawmakers to make the cut. He could also be seen as a risky choice for Conservatives, especially considering that he remains under investigation for misleading Parliament over the so-called “partygate scandal” that led to his resignation.

If it were up to the opposition parties, however, Britain’s next Prime Minister would be decided by a general election. “The British public deserve a proper say on the country’s future,” Labour leader Keir Starmer said in a statement—a call that was echoed by the Liberal Democrats and the Green Party, as well as the leaders of the Scottish Nationalist Party and the Welsh nationalist party Plaid Cymru. While a future Conservative leader could choose to call for an election, the chances of them doing so—and enough Conservative lawmakers supporting them—is slim so long as the Tories remain behind in the polls. The other path to a general election would be for the government to lose a confidence motion.